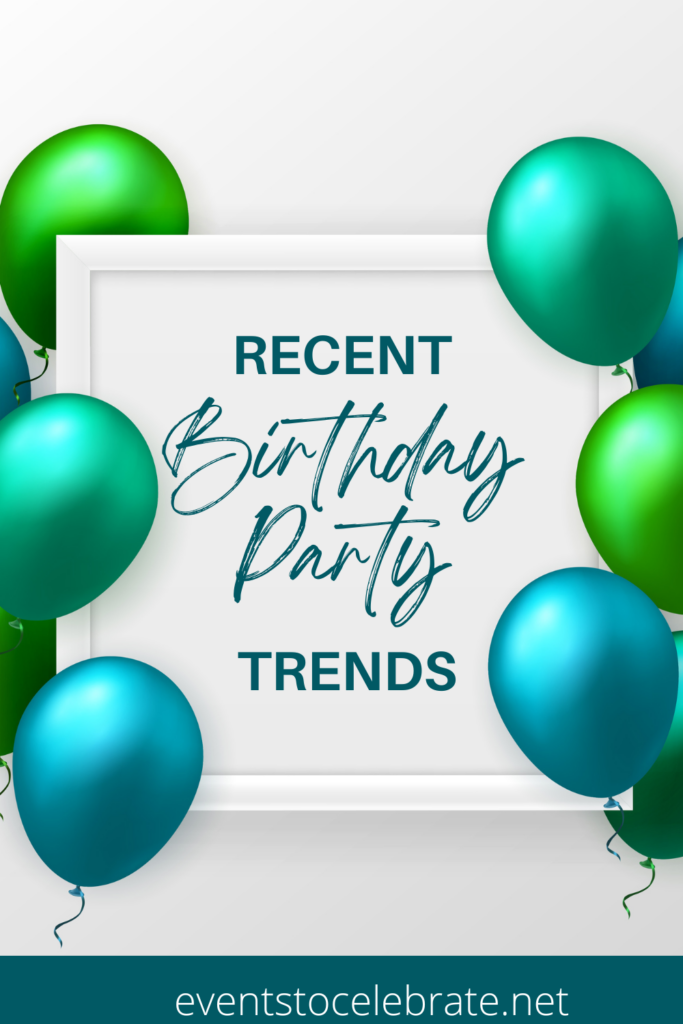 Things never stay the same and birthdays are no exception. From pin the tail on the donkey to golden birthdays here are few MAJOR ways birthday parties have changed.

A MAJOR way birthday parties have changed is in the invitations. Back in the day we bought our invitations at the store, often the pharmacy (where I could also pick up a gift) and you filled in the blank for date, time, and place. Sometimes we even hand wrote them. Not nowadays. There are free printable invites online that you can personalize (Greetings Island). There are websites that will let you customize them and then send them out for you in a mass email (evite). You can even get your rsvp’s online and everyone can add and see the party photos there as well. The thing to remember with invites is that the invitee is excited to be invited no matter how the invitation looks.

Growing up I expected an intense game of pin the tail on the donkey at a party. Or maybe a sleepover where we’d get to do some toilet papering. This is another area where MAJOR birthday party changes have occurred. These days you can expect a theme or destination with most parties. For example, this weekend my daughter will be attending a party at a chocolate shop where they will learn to dip and decorate chocolates. That’s a far cry from pin the tail on the donkey.

I recently heard my friend say her daughter was celebrating her golden birthday. What? I had never heard of that. She explained that it’s the birthday where their birthday day number lines up with the age they are turning. So if your birthday is January 13 then your golden birthday is when you turn 13. Unfortunately by the time I learned this half of my family had already missed their golden birthday.

The opening of the gifts used to be a highlight of the party. There was always a circle around the opener and the giver got to say, “heavy heavy hang over thy poor head. What do you wish with a bump on your head”. Then you’d softly bonk the receiver on the head with your gift and they would pronounce some wisdom filled wish to be granted to you. Good times. A MAJOR way gifts have changed is these days the gifts are often money (I’m guilty of this) or gift cards. Nothing that can be opened with a bump on your head. The last party my daughter went to they packed up all the gifts and took them home to open after the party. I was disappointed that we couldn’t see the look on the receivers face as she opened her gift.

For better or worse there are MAJOR ways birthday parties have changed over the years. Some old traditions are worth saving. Some new ones are worth trying. The most important thing is to remember we are celebrating the birth of a special human being.