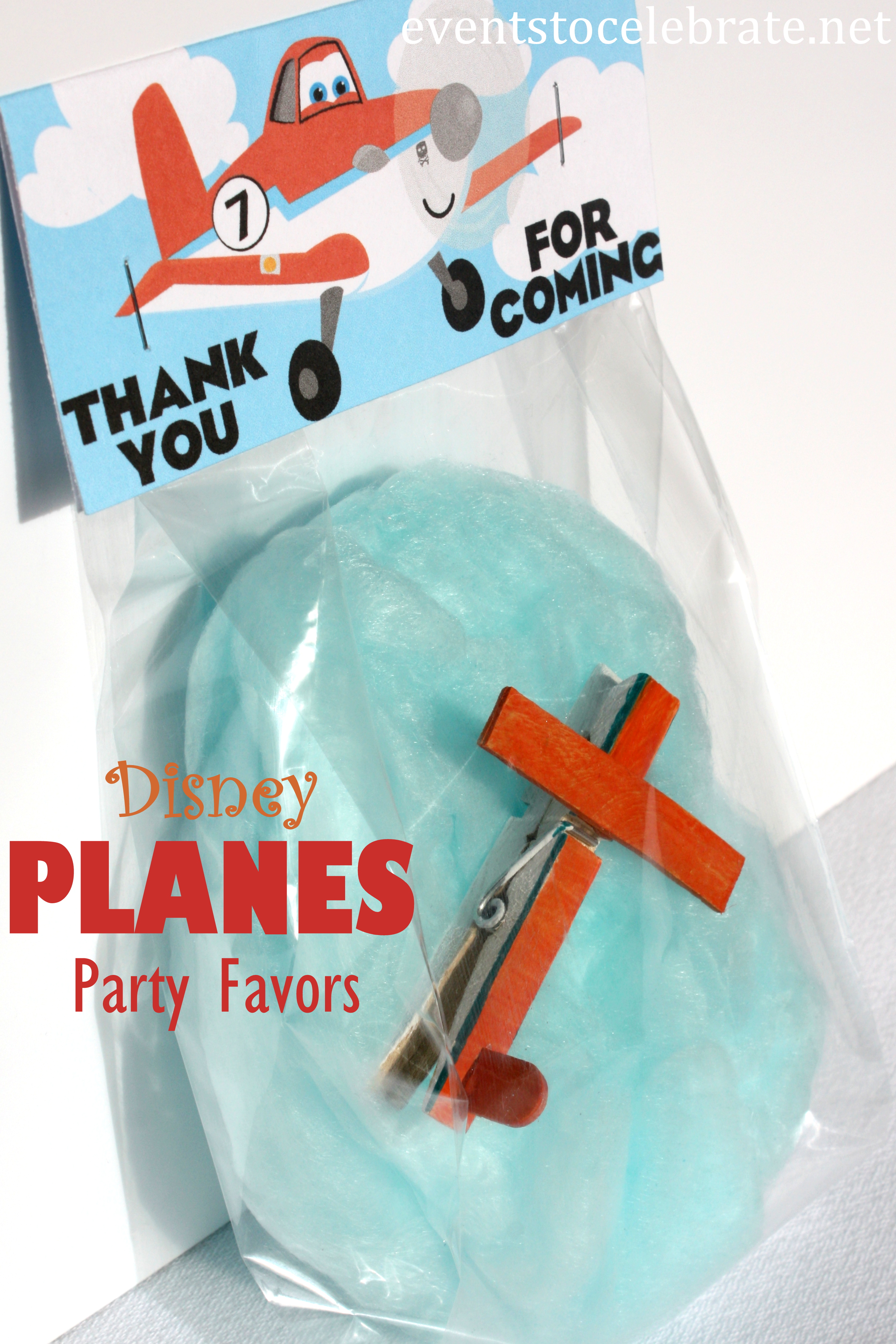 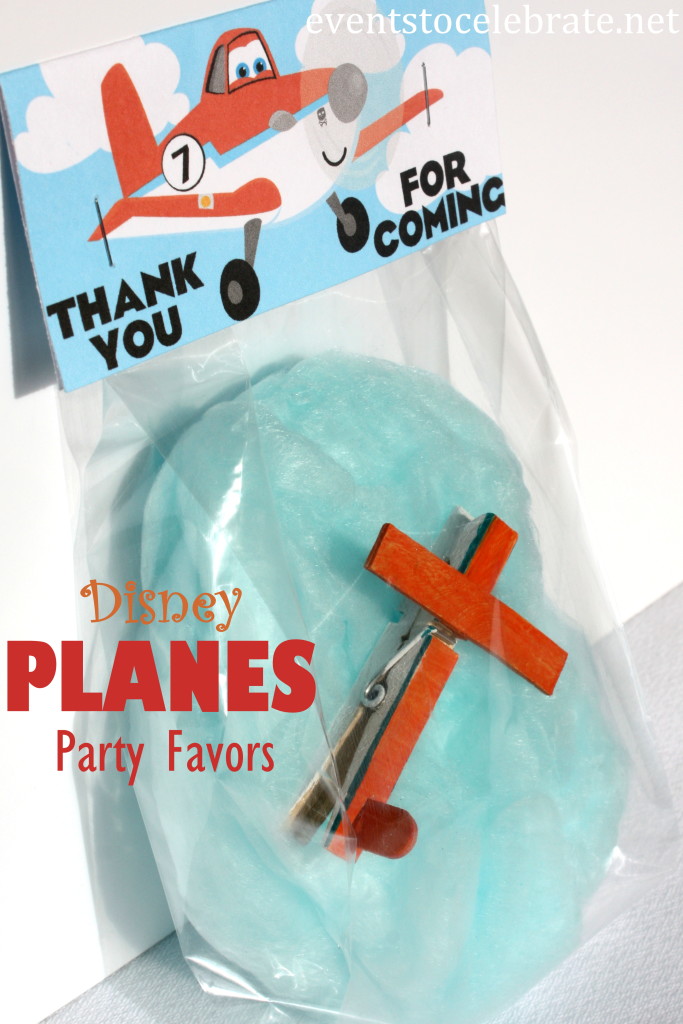 The Disney movie Planes and Planes Fire & Rescue are so dang cute. When I got my cotton candy machine I knew the Blue Raspberry would be the perfect clouds for a Planes birthday party favor. When I was at the movie theater with my daughter (who was 3 at the time) to see Planes Fire & Rescue, about 20 minutes in she turned to me and with a puzzled look said, “Mom, there aren’t any princesses in this movie.” I laughed, she was so right, no princesses in that one, but super cute just the same!

You know I am a huge fan of free party printables on the internet. There are several really great websites out there that offer them – SO USE THEM! These Planes Bag Toppers were a free printable from Homeketeers. In fact, they come with a whole package of Planes themed free printables. It’s so easy to just download them and print them.

I paired the pouf of blue cotton candy with a cute little airplane I made using a clothespin and Popsicle stick. I tried to get the paint to mimic Dusty Crophopper. This would also be a really fun party craft if you had kids that were at the age that they could handle painting without making a horrible mess. Just glue the pieces together ahead of time and let them paint them at the party!

To make the clothespin airplane:

– Paint a turquoise stripe on both sides at the top of the white on either side of the clothespin.

– Using a serrated knife, cut the ends off of the Popsicle stick and glue it to the front of the plane. Use one of the cut off ends to glue upright on the back of the airplane. 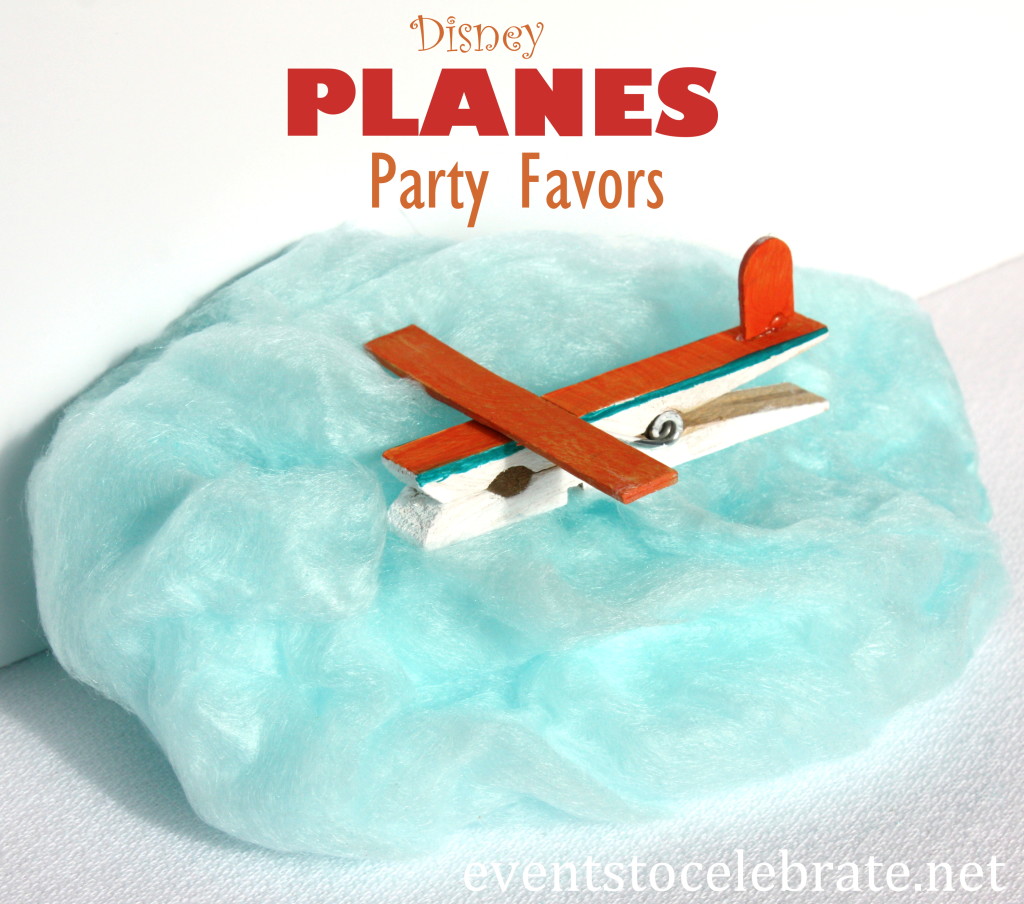