For my daughters 5th birthday she was so excited to have a My Little Pony Birthday party! I searched the internet for great My Little Pony party ideas and found so many that it made putting this party together super easy. Now, you know I love to get my DIY on when it comes to the decorations, but I’ve been really sick with my pregnancy so this party was all store-bought – and honestly, it turned out so great. My daughter kept saying, “ADORABLE!” as I was setting up the decorations the night before, so I knew I was on the right track! 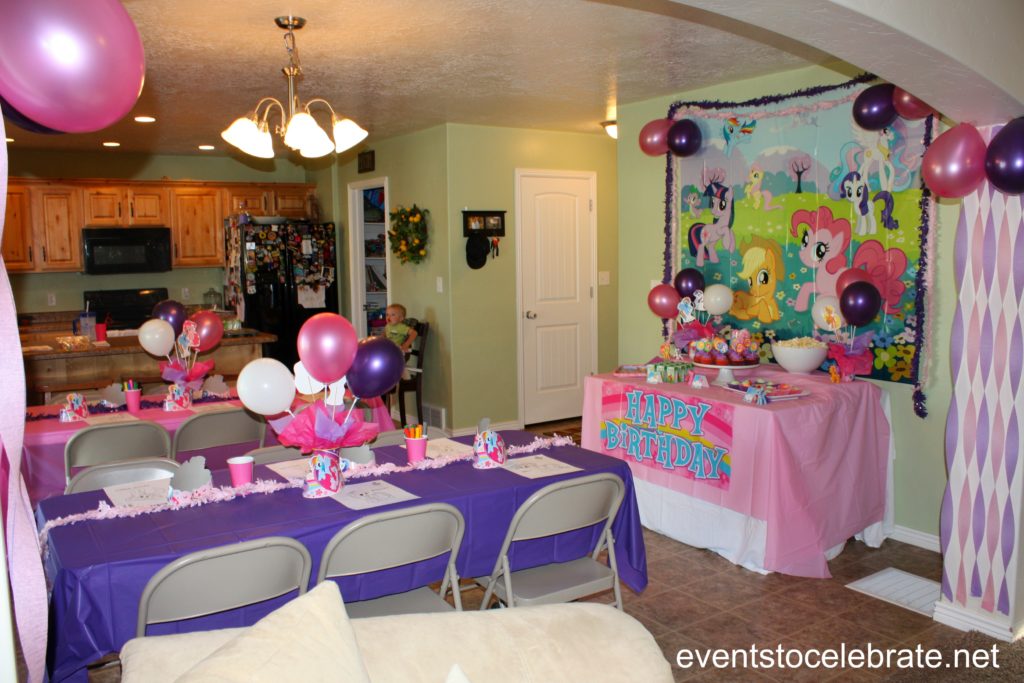 Today I’m going to share all the decorations and food with you and link you to where you can get all of it. I shopped at Walmart, Zurchers (a Utah based party supply store) and Amazon (gotta love PRIME!!). I also quizzed my daughter about the characters and watched a few episodes to get familiar with all of the characters so we could really make this all about My Little Pony! 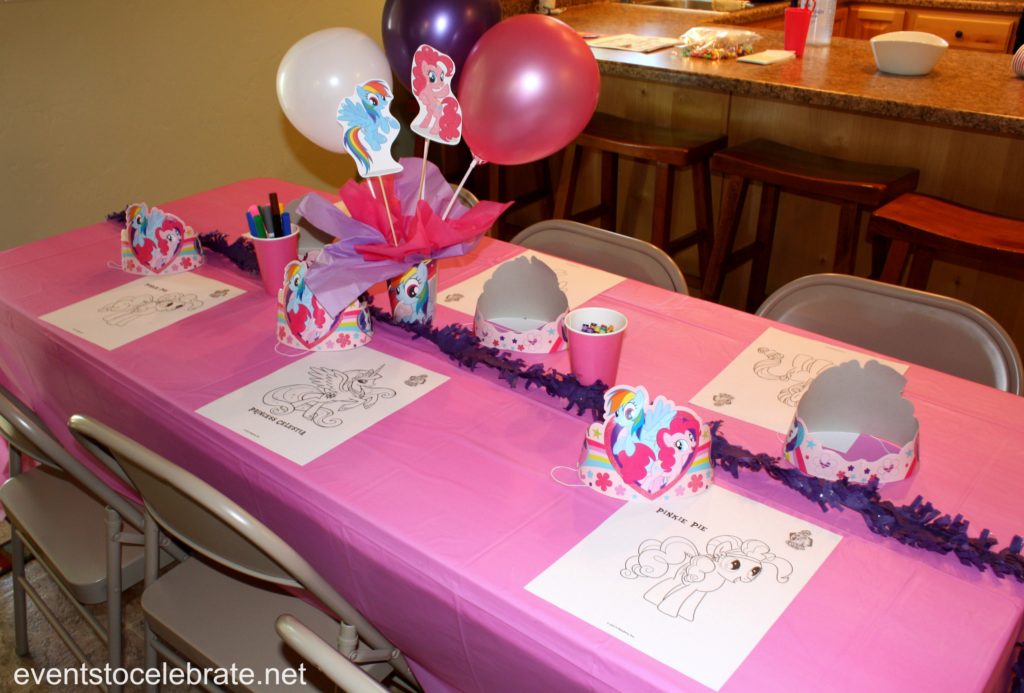 I covered the tables with a plastic table cover and then ran festooning down the center (from Zurchers). For the centerpiece I used a My Little Pony plastic cup from Walmart and filled it with two pieces of tissue paper held down by a square of floral foam. Then I added a few balloons on sticks (all from Zurchers) and a few printed and cut out pony pictures that I just copied and pasted from the Hasbro My Little Pony website.

Each girl had a party crown from Walmart at their seat when they arrived. 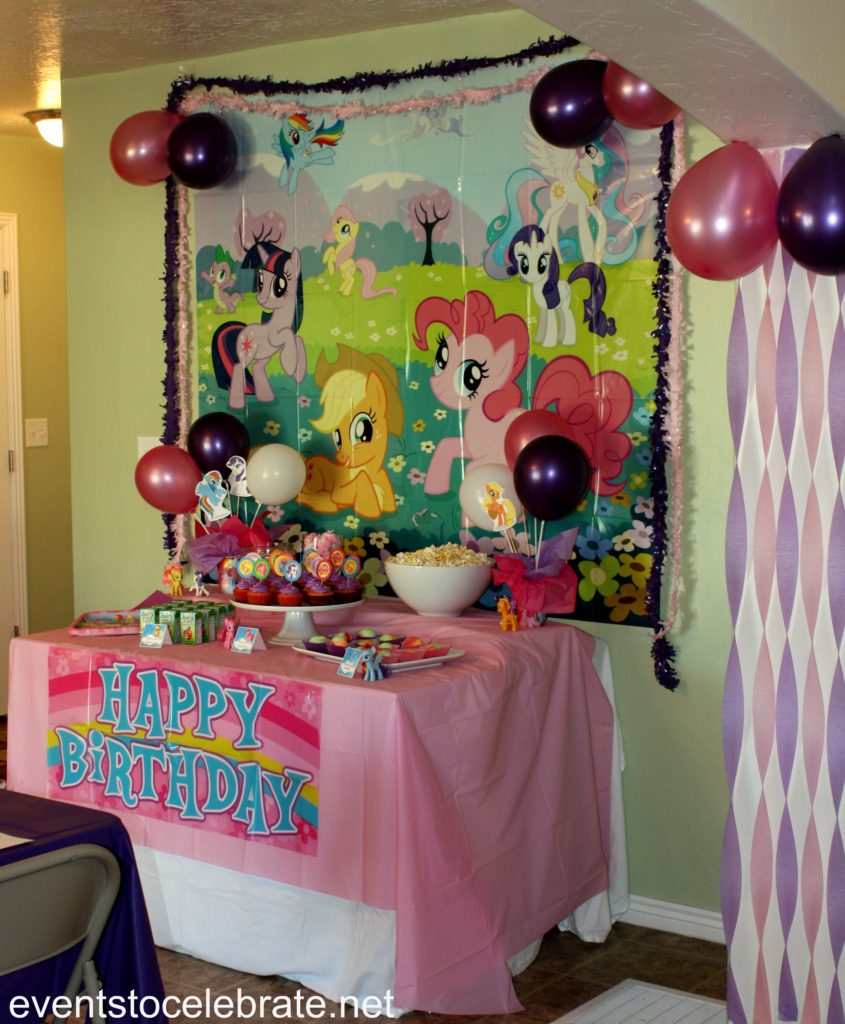 The My Little Pony Scene Setter backdrop was the best purchase! For just a few dollars it really decorated the whole space! It is plastic and you can just tape it to your wall! I added some pink and purple tissue paper festooning around the edges that I purchased at Zurchers and a few balloons to complete the backdrop. On the table I added two more of the balloon centerpieces described above. 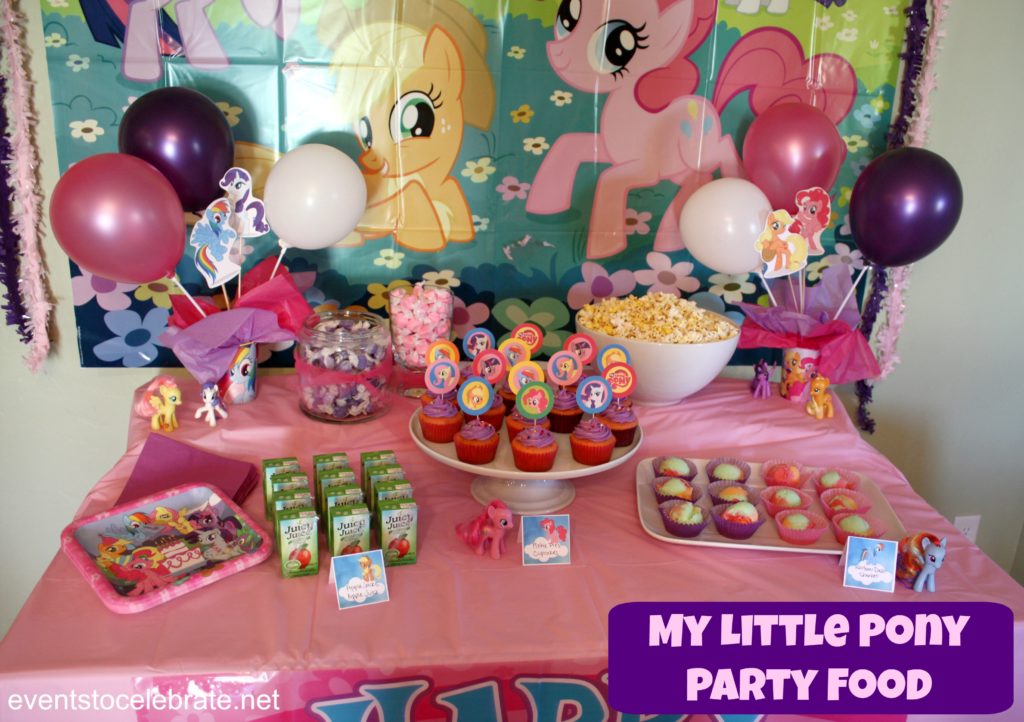 I had big plans to do more elaborate food, but I was really sick the day before her birthday and just didn’t make it happen. But, the girls LOVED this and all giggled as I described to them what they got to have. We served: Apple Jack’s Apple Juice, Pinkie Pie Cupcakes and Rainbow Dash’s Rainbow Sherbet. I also popped a bunch of popcorn in our kettle popper and had pink and purple taffy to round out the yummy offerings.

I got the cute free printable food tents from Delicate Construction. 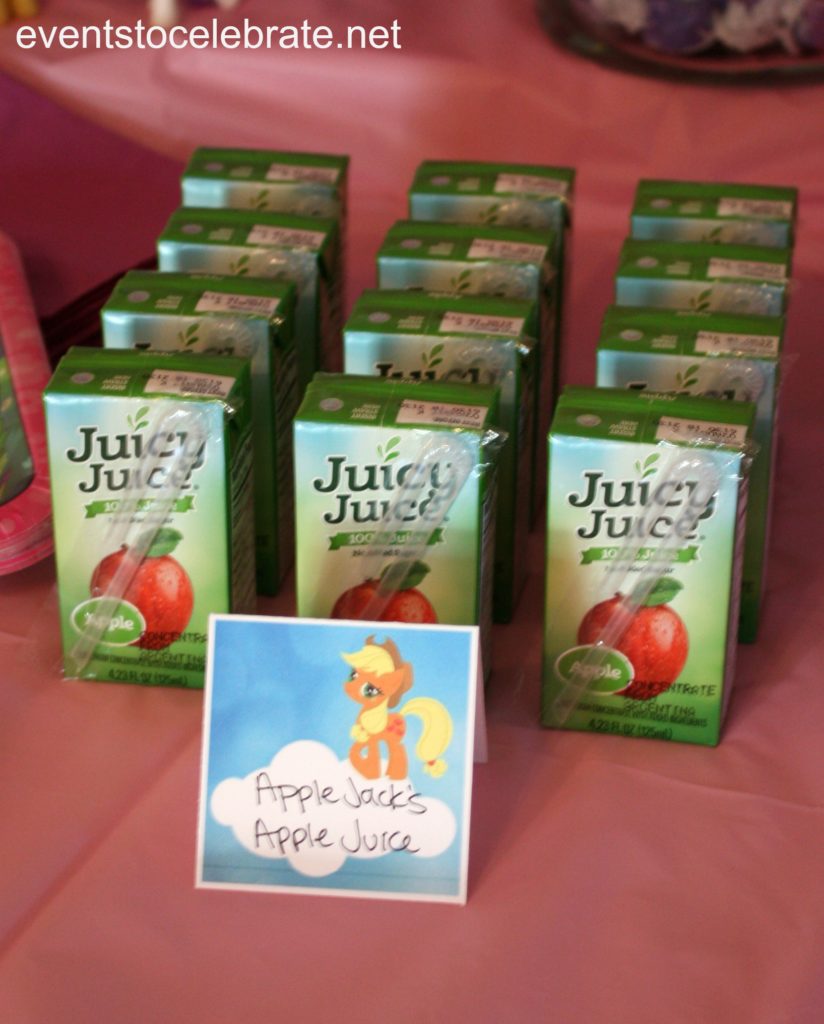 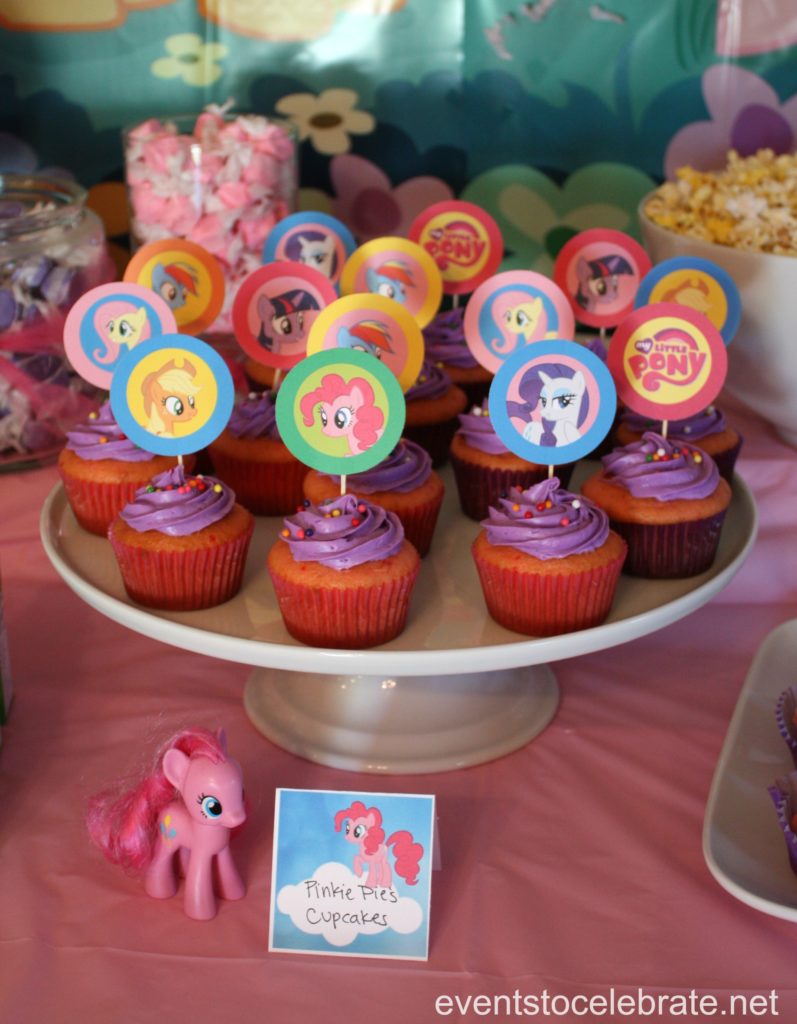 The cute cupcake circles are a free Printable from HaleGrafx – they also have water bottle labels candy bar wrappers and a few other cute My Little Pony printables. 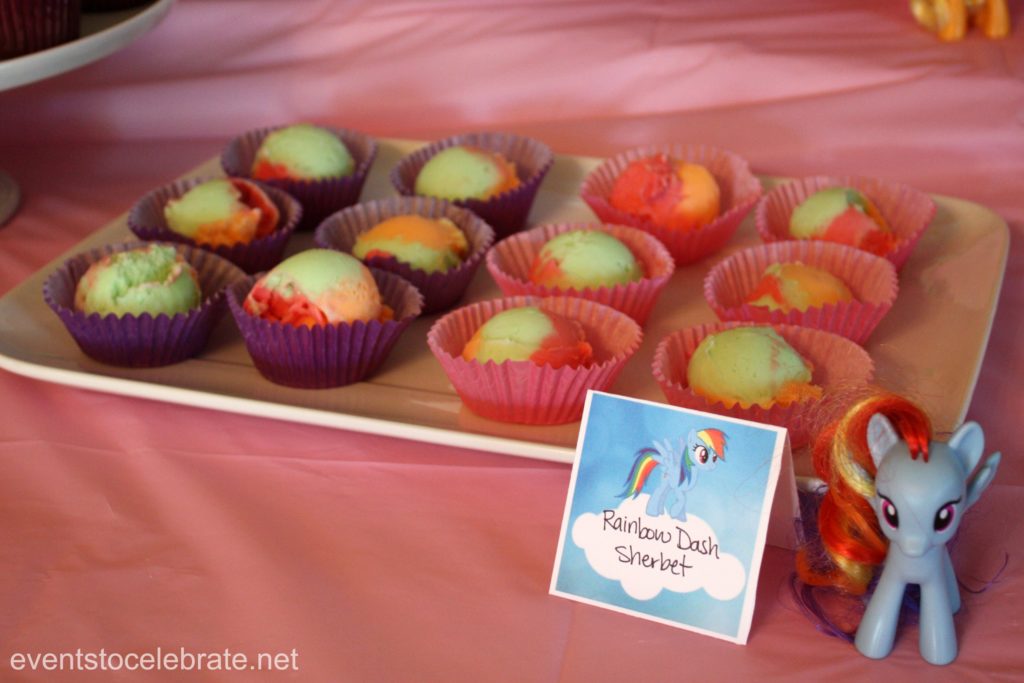 I pinned a bunch of fun My Little Pony party ideas on Pinterest to my My Little Pony board – check them out! And don’t forget to check out this post with all of the games and crafts we did at the party!