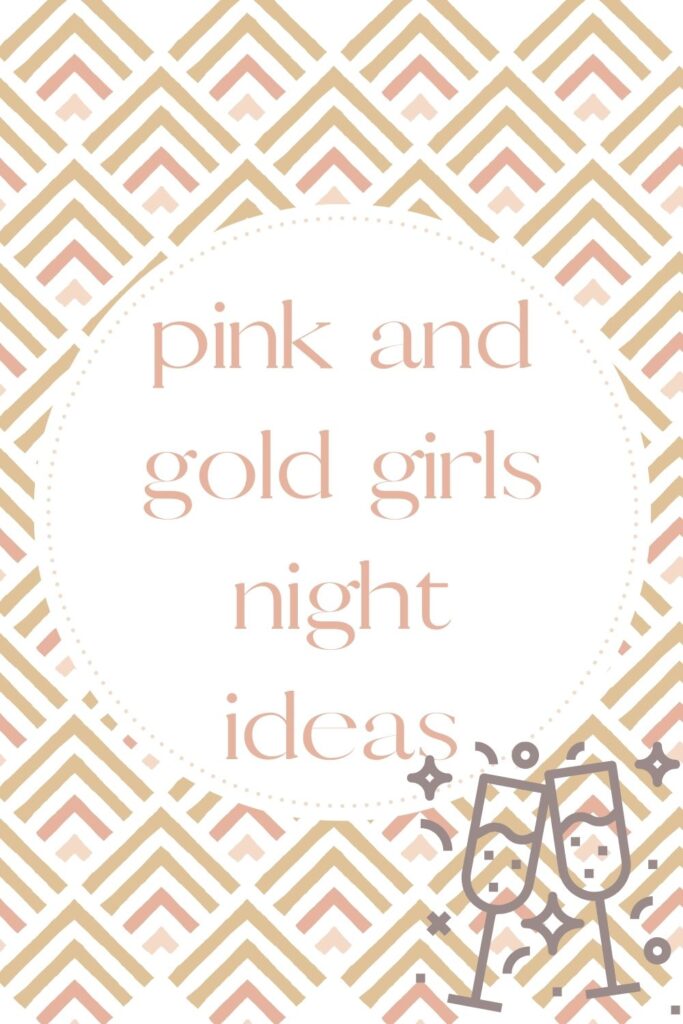 The links in this post contain affiliate links and I will receive a small commission if you make a purchase after clicking on my link.

It’s been much too long since my last Girls Night and I was craving a fun night with my friends. I was elated to have our Girls Night sponsored by Collective Bias, Inc. and their advertiser! I think as women the desire to socialize and connect with one another is inherent. I am lucky to be surrounded by really amazing women and was so excited to invite them all to my Girls Night!

I think serving food/drinks/dessert at any event as a “build-your-own” bar is the best way to go. It is easy for the host, and you can please a lot of personal tastes that way. For dinner I served a salad bar with dinner rolls. I also served a soda bar and for dessert, I had a build-your-own party trail mix bar.

Now, you can’t have a drink with out something to stir it with. These super simple drink stirrers were one of my most favorite little details of the whole party. I just took a small piece of gold tissue paper, cut it into fringe leaving about 1/2″ uncut, ran a little bit of glue along the 1/2″ portion and rolled it around the end of a bamboo skewer. Super cute, right?!

Mmmm, let me just say, this was the perfect treat for the games we played. Each of us filled a cute popcorn cup with all the delicious options we wanted and it was so great to get a crunchy bite of this, a salty bite of that and a chewy bite of chocolate. It really was the perfect flavor combination.

Let me take you through the simple, but really cute decorations I did for the party:

– Tulle Pom Pom Garland: I took 5″ lengths of tulle and tied them in the middle and strung them with a piece of clear fishing line. The draped the backdrop and the food table.

– Food Signs: I didn’t just want the standard signs, so I used a fun font and used the delicious words: Nosh, Sip and Indulge to draw my guests to the table.

– Popcorn Boxes: for the Party Trail Mix, I used my Silhouette cutting machine to cut out popcorn boxes and painted a diagonal gold stripe across the front.

– Food Labels: Using the same font as the food signs, I made individual labels for each item served and painted a gold stripe on the top and bottom edges to tie them into the party design.

– Confetti: I cut gold tissue paper into confetti and accented the food table as well as the dining table with them.

– Tissue Pom Poms: Made from gold tissue paper, I adorned the dining table with four small 1/2 pom poms. (shown below)

I love any excuse to put together a party favor. I painted gable boxes with the metallic gold paint stripes used throughout the party and filled them with things each of us need a little more of in our lives: chocolate and a chance to make our nails look pretty.

One of my favorite shows is Hollywood Game Night, so I put the girls into teams of three and we played the following rounds:

Take The Hint: One player stands up at the front and the host shows a card to the other players on their team. Each player gets to say one word to describe the item on the card until the player at the front guesses it.  The timer is set for 90 seconds. The number they guess in that time is the number of points they get.

How Do You Do?: Each team has 2 minutes to guess as many songs as possible. One player goes up and draws a song title from the bowl and can only use the word “do” to sing the tune. Once a teammate guesses the song they must perform the next one. You can pass on a song you don’t know. (this was by far the hardest round)

These are the songs we used: Pretty Woman, Stop In The Name of Love, Somewhere Over the Rainbow, Row, Row, Row your Boat, Single Ladies (Put a Ring on it), Stayin’ Alive, Let it Be, Wake Me Up Before You Go Go, YMCA, It’s a beautiful day in the neighborhood, Let It Go, Firework – Katy Perry, Empire State of Mind, Take Me Out To The Ballgame, You Are My Sunshine

Celebrity Name Game: One Player sits at the front. The other players take turns pulling a celebrity name out of a bowl. They describe the celebrity trying to get the player at the front to guess who it is. They can pass and the name goes back into the bowl.  90 seconds are on the clock.

Pass The Bowl: One player from each team comes to the front. A bowl is placed between them with Tom Hanks movie titles. The timer is set and one begins by drawing a paper and trying to get their team to guess the movie. Once ot has been guessed, the bowl is passed and the other player/team has a turn. A back-and-forth continues until the timer runs out. The team guessing when the timer runs out gets zero points.