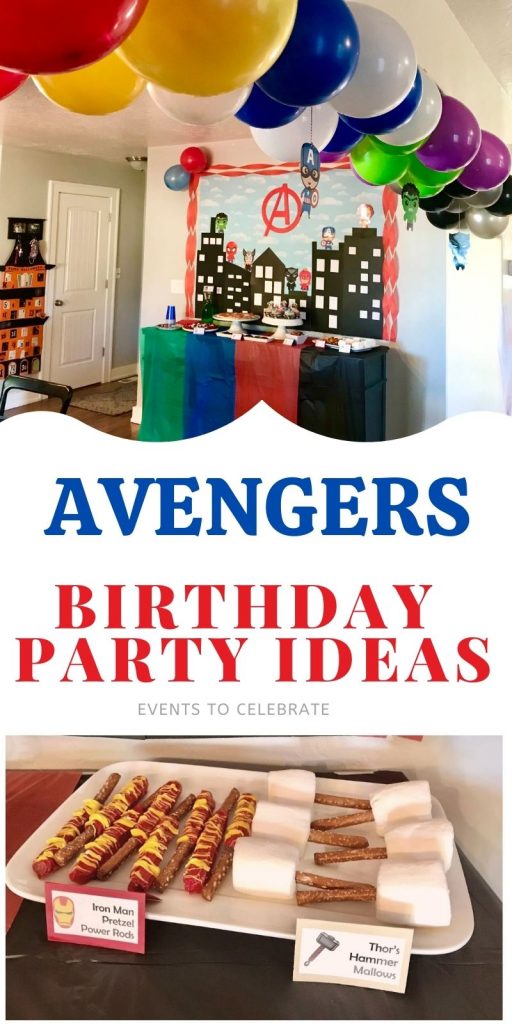 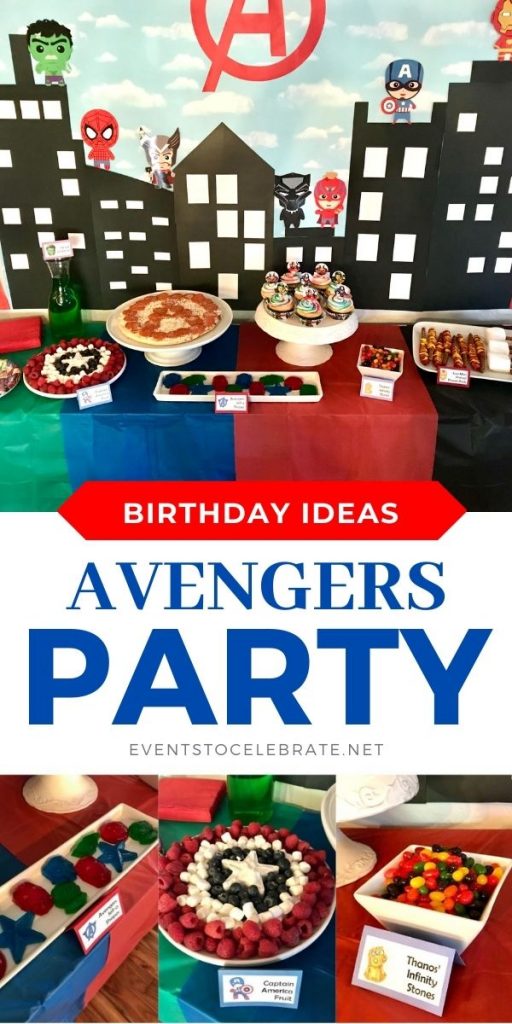 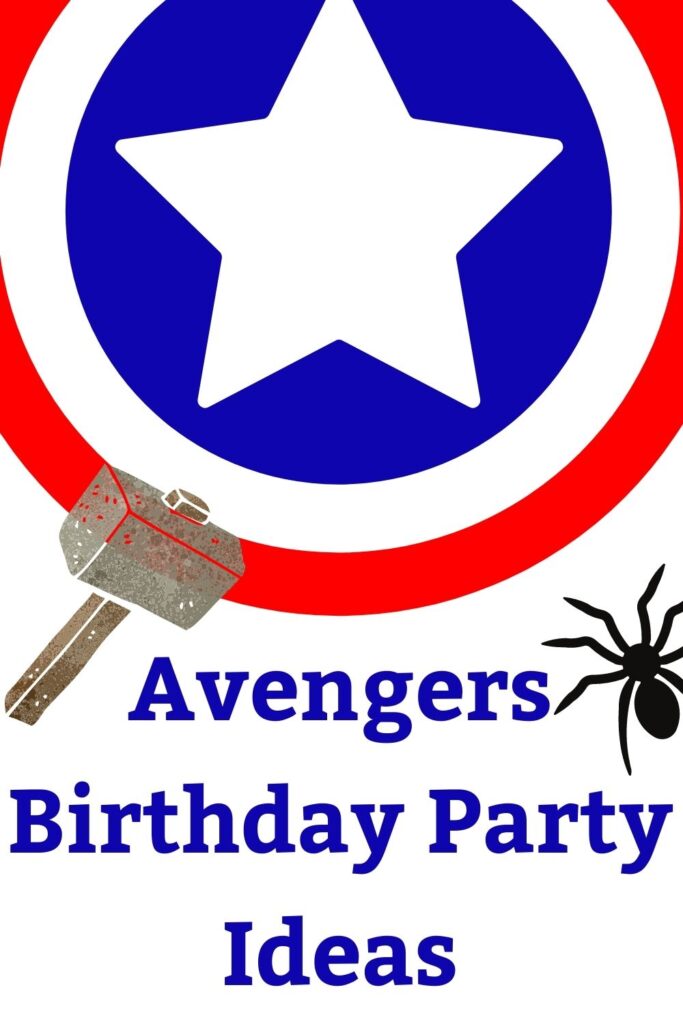 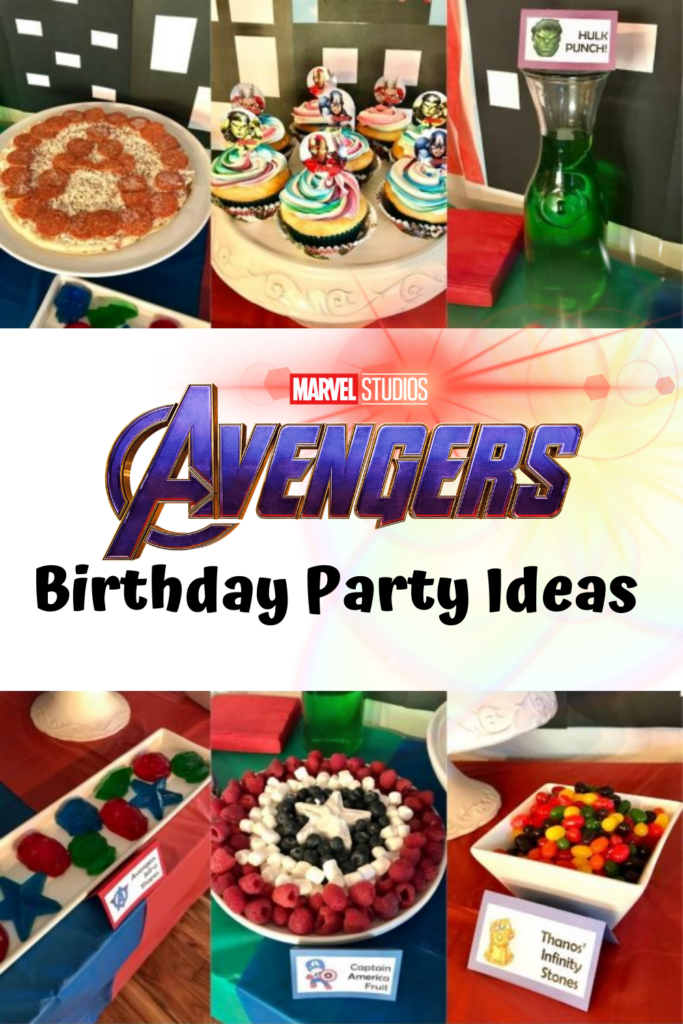 Using a cloud bulletin board paper backdrop as my base, I cut buildings from black poster board.

Adding the Avengers character cut-outs really gave it a finished look. I used red butcher paper (I get mine for $.25 per foot at a local party store) to cut out the Avengers logo.

I found that painters masking tape works best to adhere my decorations to the wall without causing any damage. I prefer the tan masking tape to the blue tape because it has a stronger hold.

To finish the edges around the backdrop, I added red streamers and balloons.

The activity table got a custom plastic table cover. I purchased 4 and cut them into strips to create the color block look.

Accenting the table I added balloon and character cut-out centerpieces. Using floral foam and bamboo sticks that came with the cut-outs, I pushed them into a paper cup surrounded by balloons.

Balloons representing 4 of the Avengers were taped to the arch connecting my dinning room and family room. I used black and silver for Black Panther, purple and green for Hulk, blue and white for Captain America and red and yellow for Iron Man. In the middle of each section of balloons, I hung a corresponding Avengers character cut-out with some bakers twine that was included in the kit.

Creating themed party food is one of my favorite aspects of party planning. Coming up with something delicious around the different Avengers characters was right up my alley. Here’s what we served:

When the guests arrived I let them know that they would be learning how to be just like the Avengers. We had one activity for each Avenger.

Let me know if you throw an avengers party! I’d love to see your pictures!