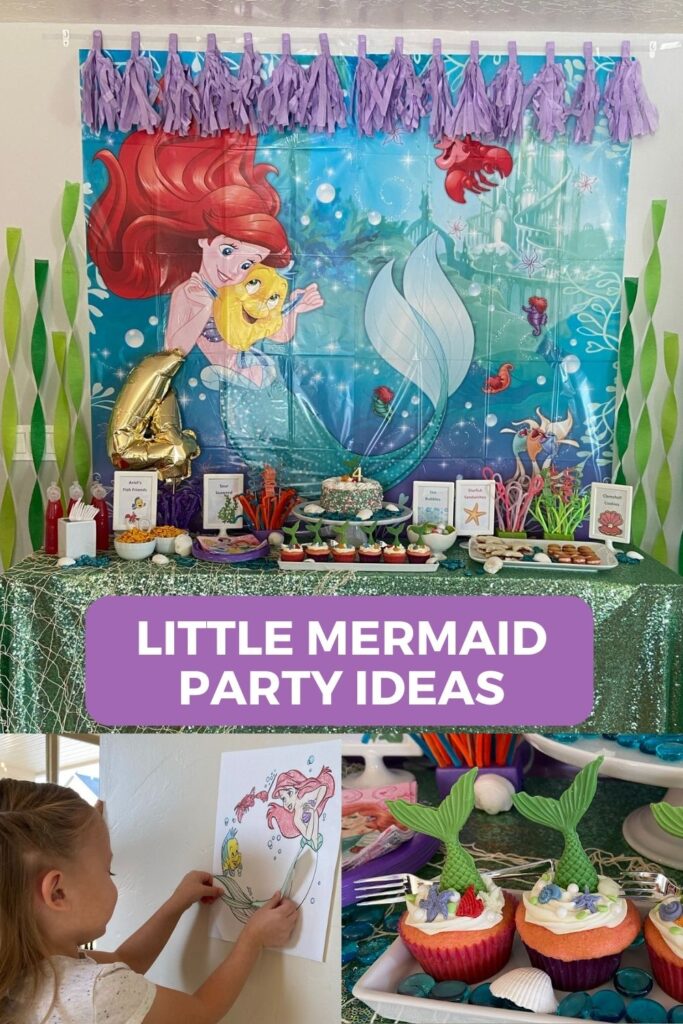 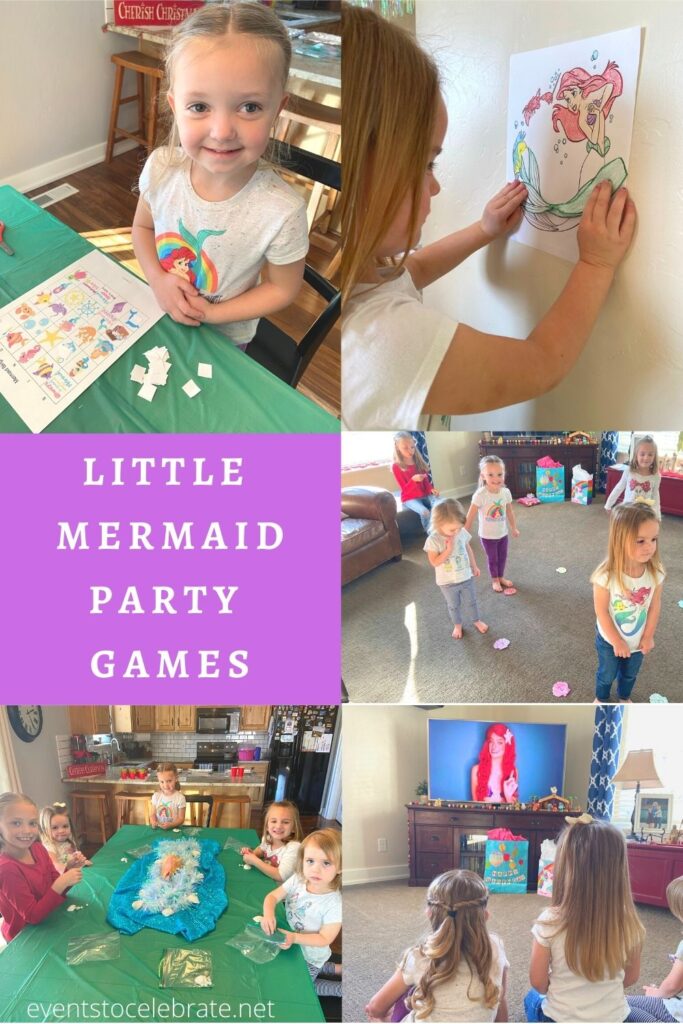 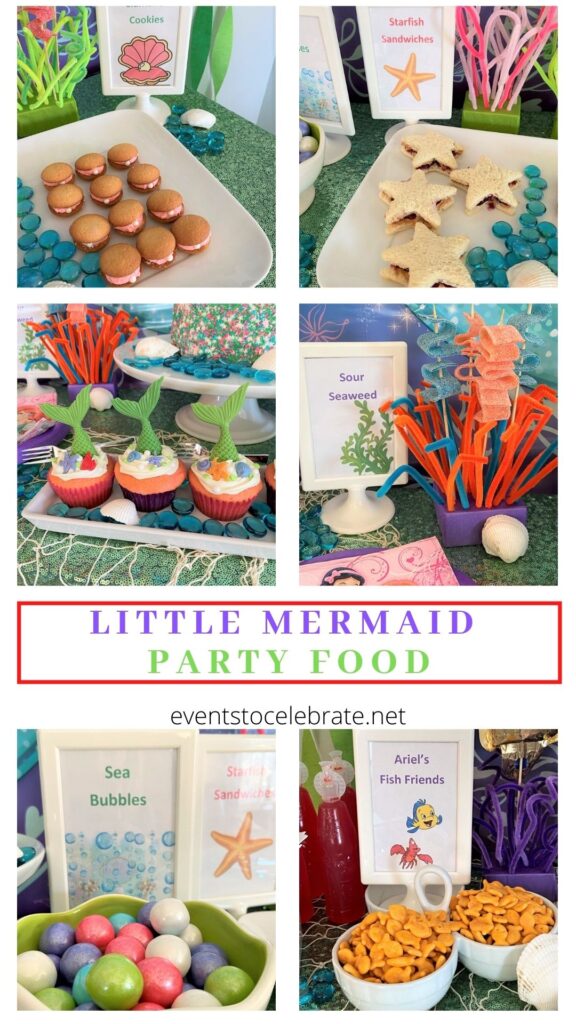 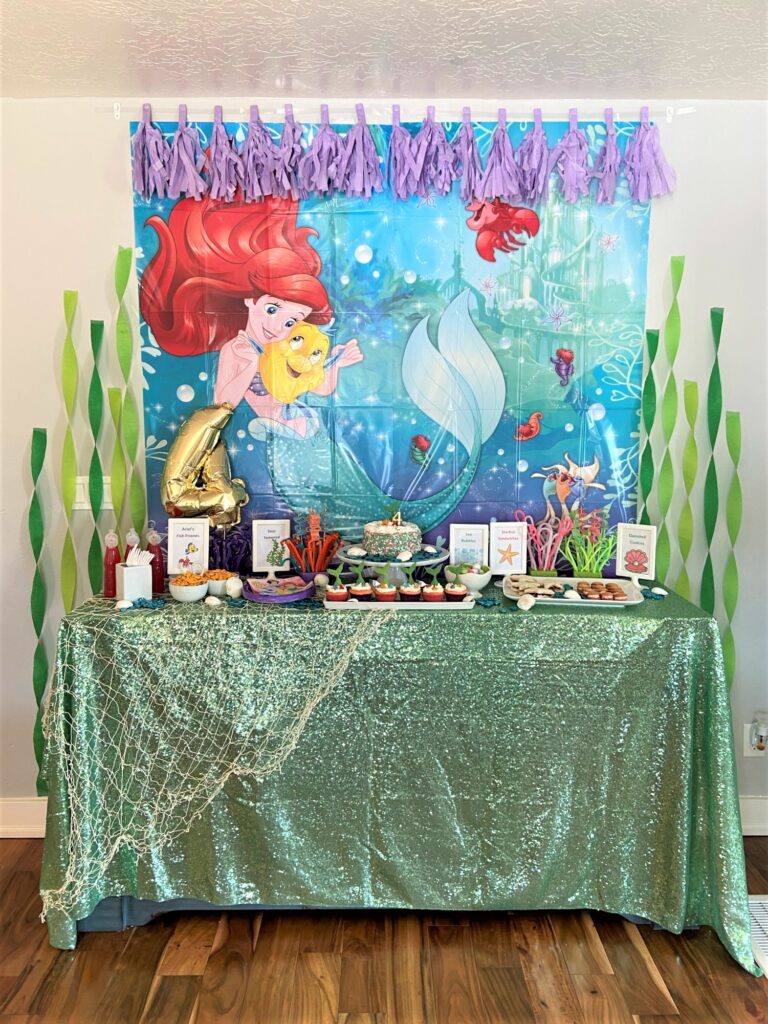 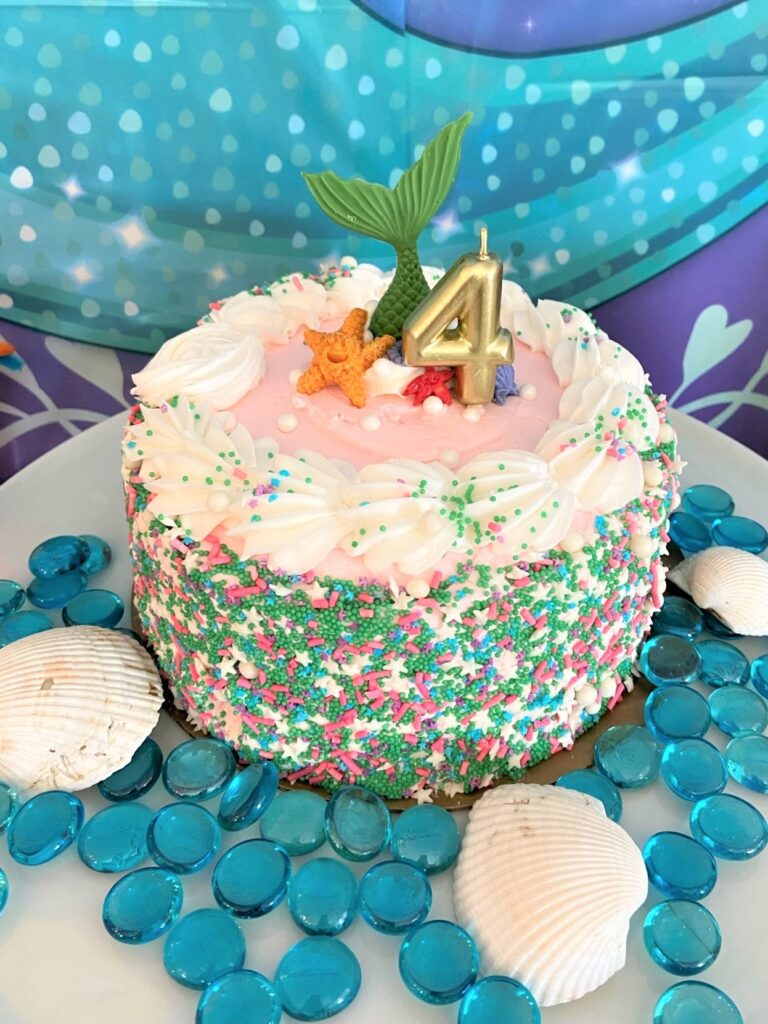 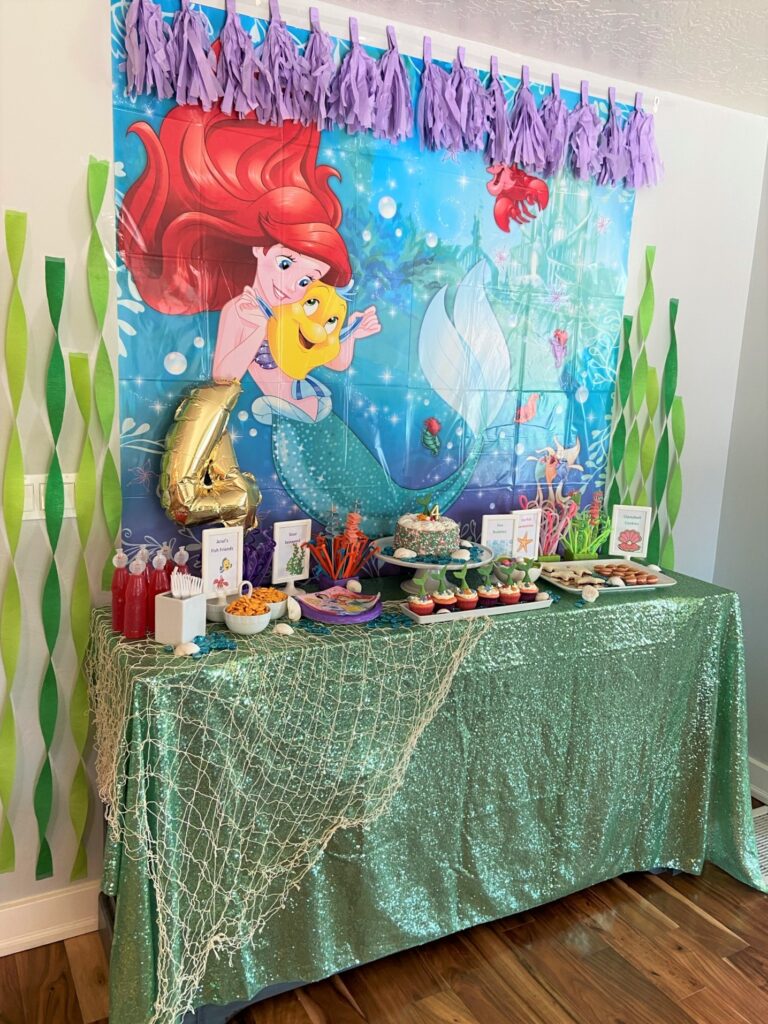 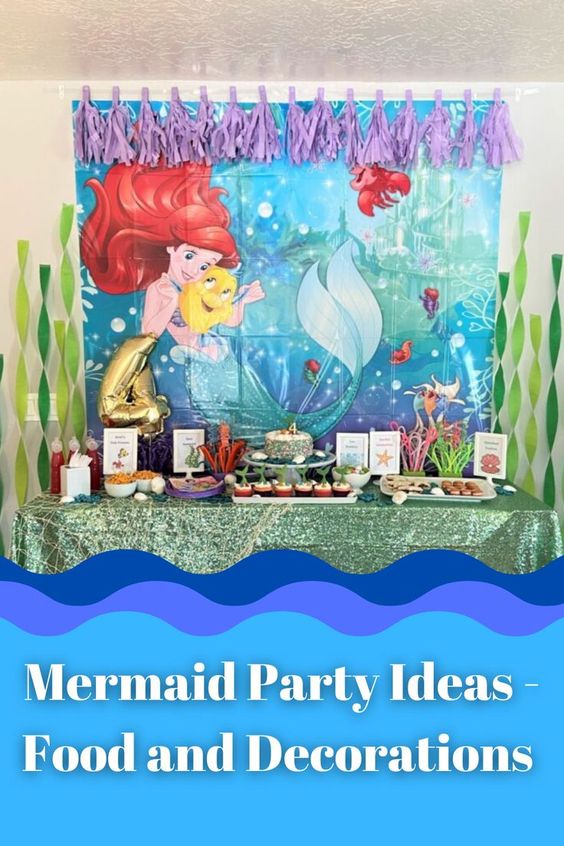 My daughter’s favorite Disney princess is Ariel so naturally she wanted a Little Mermaid birthday party. Wanting it to be very specifically an Ariel mermaid party, I looked for things to add (like dinglehoppers mini-forks) to make certain the guests knew this was a Little Mermaid party.  (see the last Little Mermaid Party we did here)

The Little Mermaid scene setter really anchored the party space. It is a thin plastic that is really simple to hang on the wall with packing tape. I layered a purple fringe garland and added green streamers to the side to mimic sea weed. On the table I started with a mint sequin tablecloth and layered a fish net decoration over one side. The finishing touch was blue glass beads and white seashells that I found at the Dollar Tree.

Over the archway in the dining area, I hung the Happy Birthday sign that was included in the Little Mermaid scene setter and layered an iridescent fringe decoration and a mint half fan garland. The girls really loved running their hands through the fringe and it helped define the party space since my dining room and living room have a large opening between them.

On the party table I placed a green plastic table cover layered with a blue sequin fabric piece. On top of that I layered an iridescent garland and added more white seashells.

I love planning the food for themed parties. Since the guests were 4 years old, I knew I needed to keep it toddler friendly.

I like to make sure that the party games and activities alternate from doing something at the table to doing something that gets the kids up and moving. This list was a great balance and the girls had so much fun.