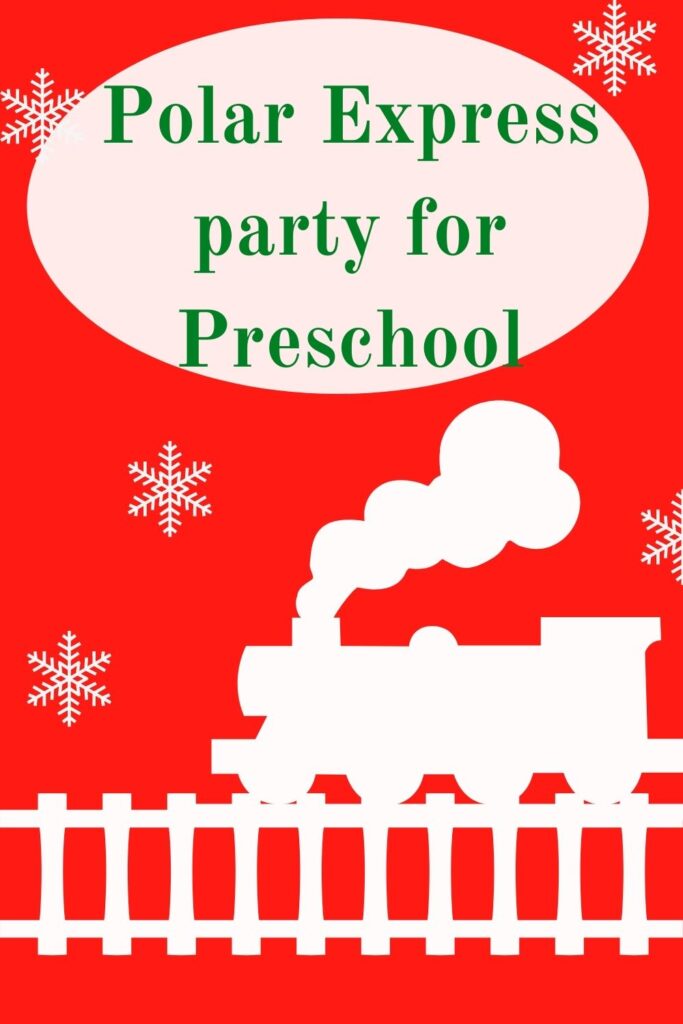 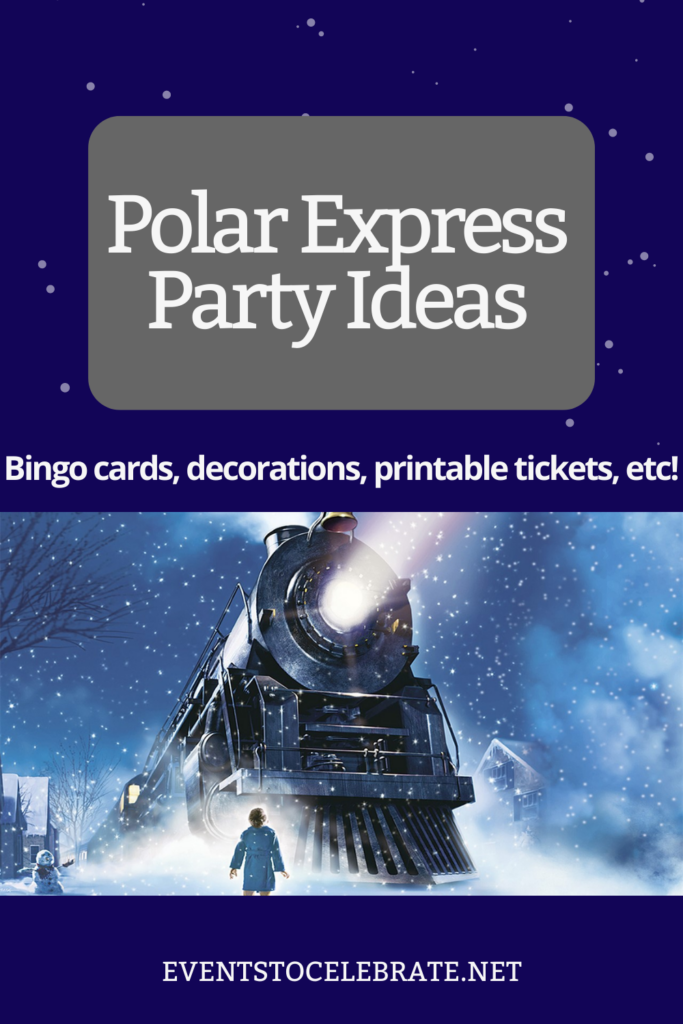 For our neighborhood preschool Polar Express party we combined with the 3 year old class and it was so much fun! I planned the party with my friend, Kara, from Simplistically Sassy

I have to admit that this was the easiest party to decorate, and yet, had the most impressive decorations I’ve ever had for a party. It was all because we borrowed these amazing set pieces from my neighbor. Her parents used to run a preschool and painted these for their annual Polar Express party! Now she lets her friends borrow them and they really make the entire party. The pictures just don’t do them justice. They are exact replicas of the book illustrations! They are painted on cardboard refrigerator boxes so they accordion fold and can store really easily! Brilliant!

Additionally, I cut a blue $.97 plastic table cover into 4 and painted with brown craft paint the train tracks. Then I cut cardstock train engines using my Silhouette machine for the kids to sit on while we read them the story.

I found a this package of 24 foam Reindeer Ornaments at Hobby Lobby for $7.99 (but I used my 40% off coupon). They did require a lot of help to get the sticker paper off the back of each tiny piece, but overall I think the kids liked doing it. If you aren’t near a Hobby Lobby, there are a lot of similar ones here.

The kids all lined up and we gave them a ticket to get on the train. I used these darling FREE PRINTABLE POLAR EXPRESS TICKETS from Party Like A Cherry – her entire Polar Express party is totally darling!

It’s an absolute MUST that hot chocolate is served at a Polar Express party. Thanks to this hot cocoa machine that keeps it the perfect temperature, it was a cinch. I picked up the themed paper goods at Dollar Tree. My friend Kara made the cute sugar cookies with beautiful icing!

I play holiday themed bingo at just about every party I throw. I love this particular set of FREE PRINTABLE CHRISTMAS BINGO CARDS because there are 22 different cards! You can print them from The Creative Church.

We had each child bring a wrapped gift valued at less than $5. We sat the kids in a circle and handed 2 of them a gift wrapping bow. I started music and they passed the bow around. As soon as the music stopped, those holding the bows got to select a gift. We continued until everyone had a gift and then they all opened them at one time. It was faster and I think caused less contention than the “white elephant” style where you can steal a gift.

So there you have it! It was a great party and that is thanks in major part to my friend letting us borrow her amazing set pieces. Have fun at your own Polar Express party!