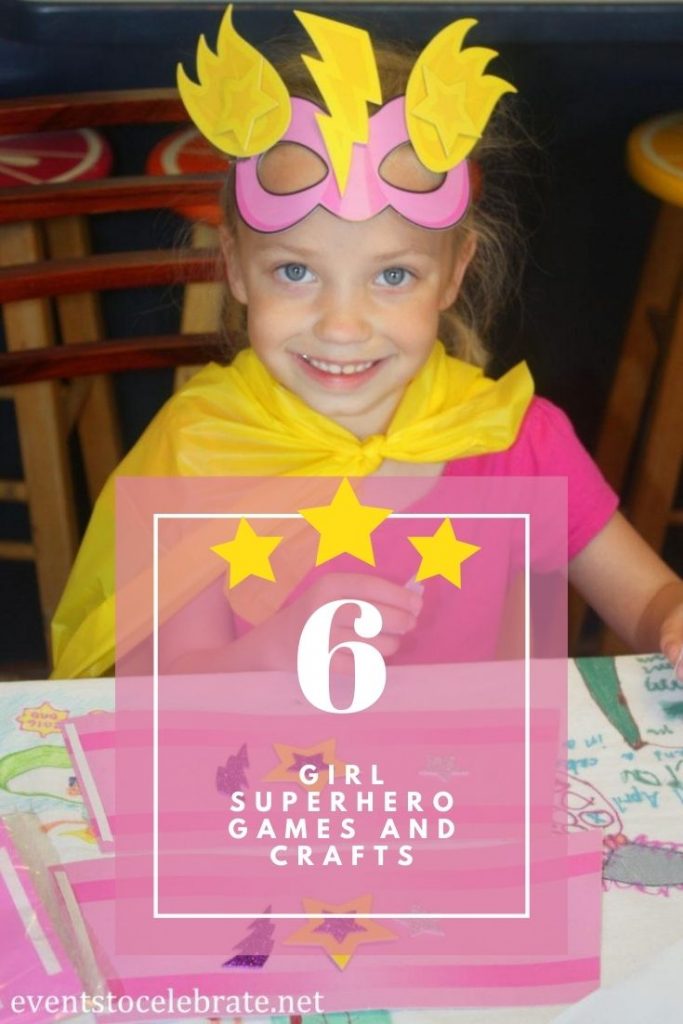 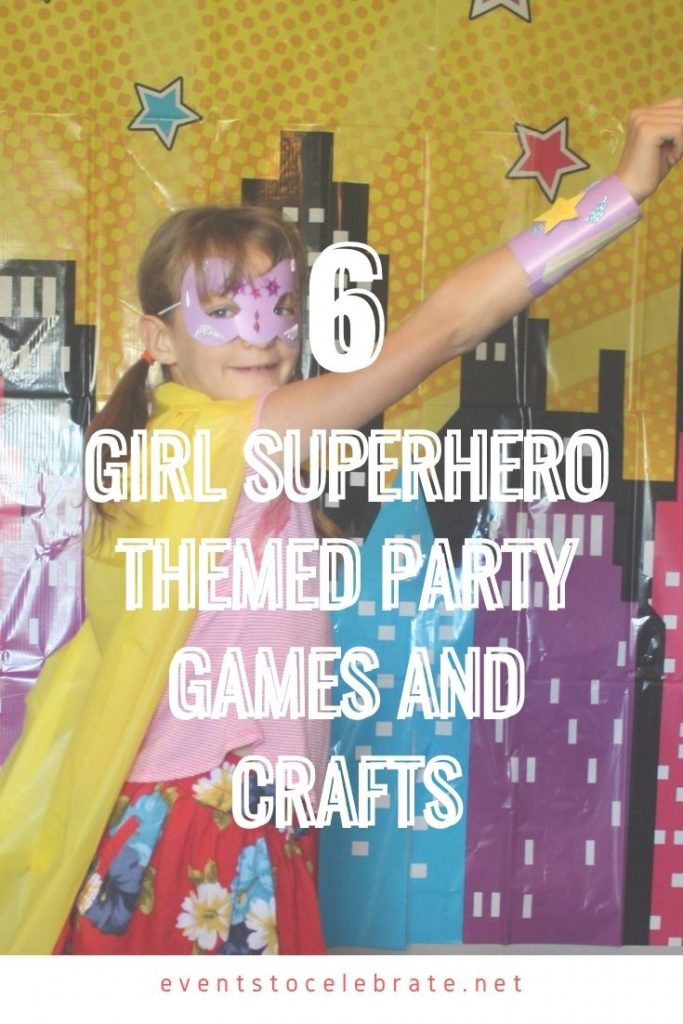 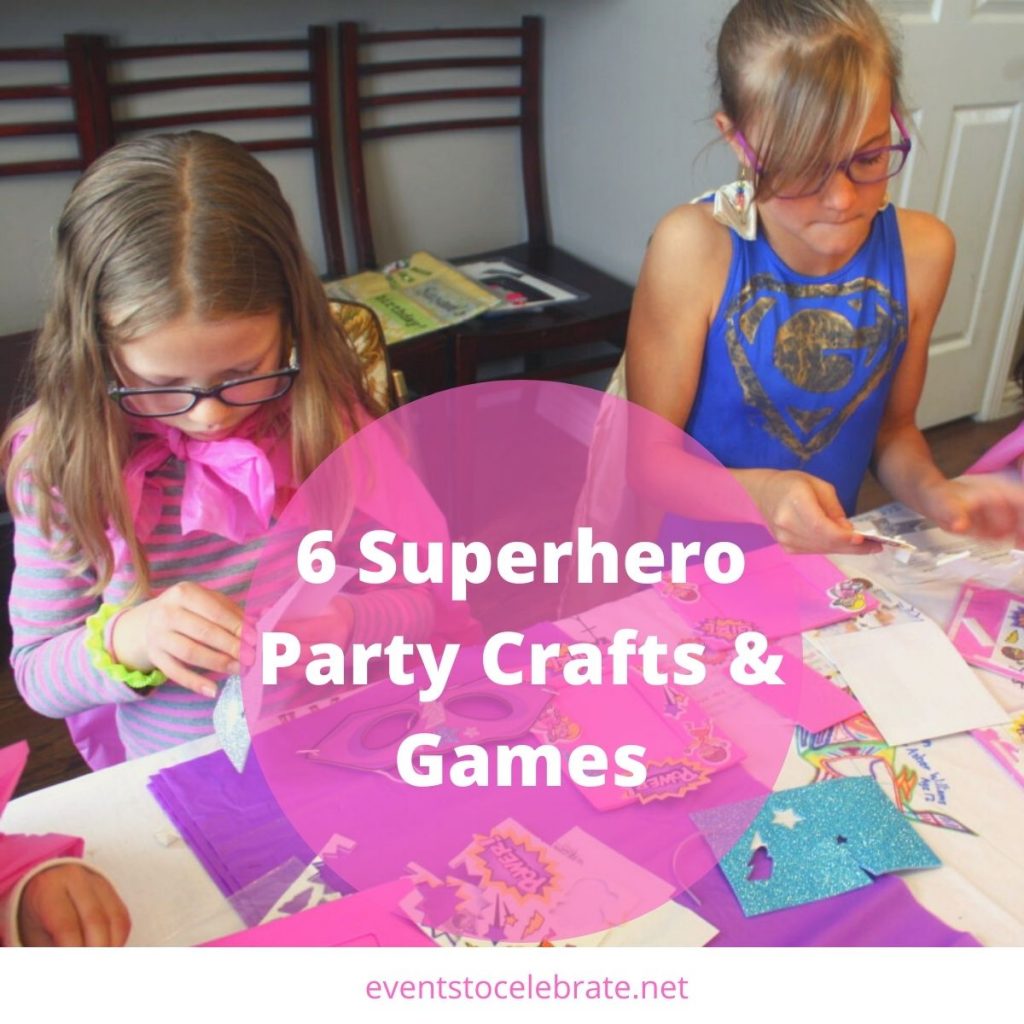 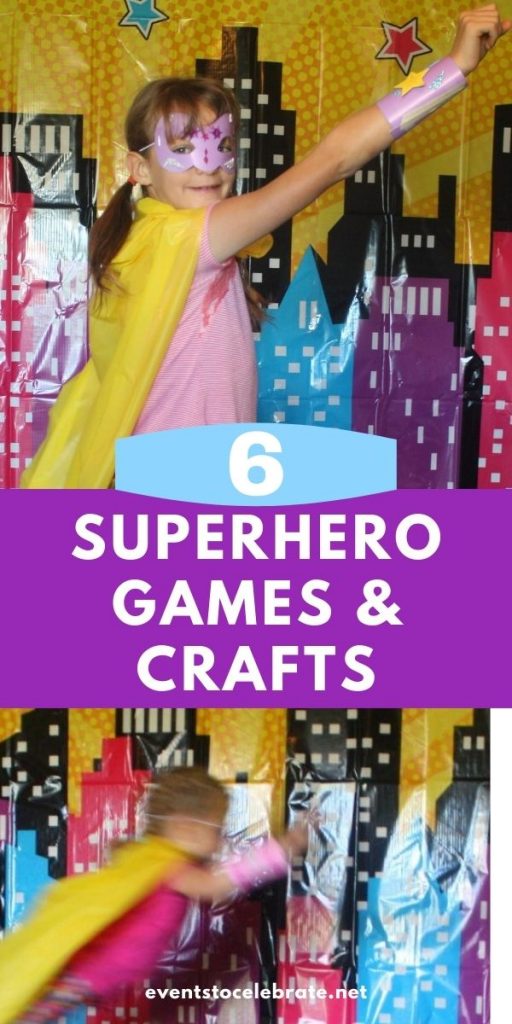 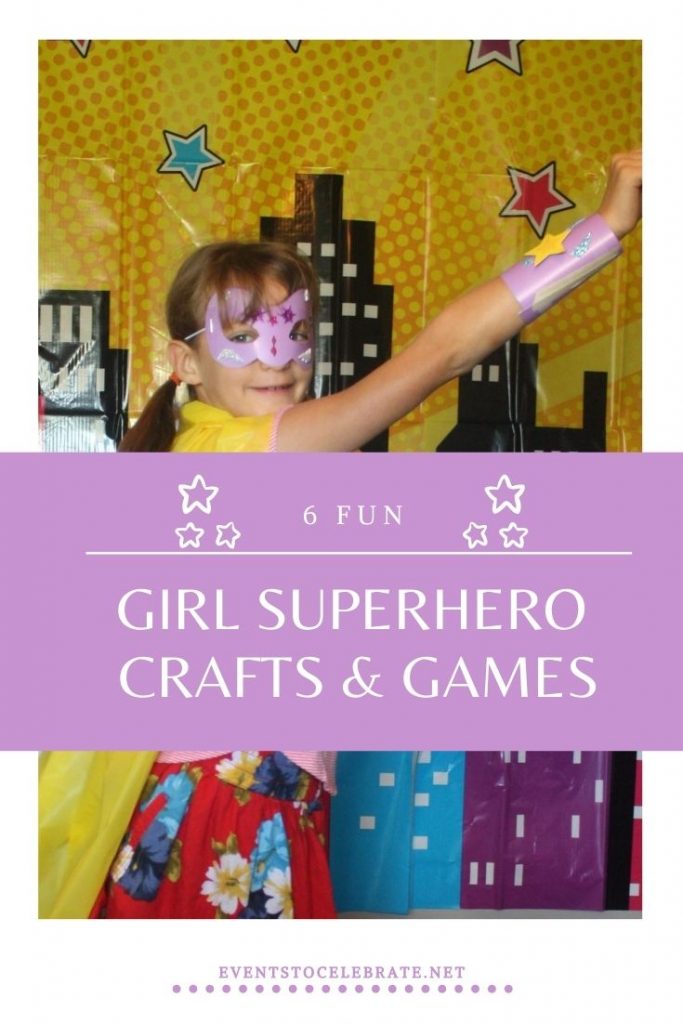 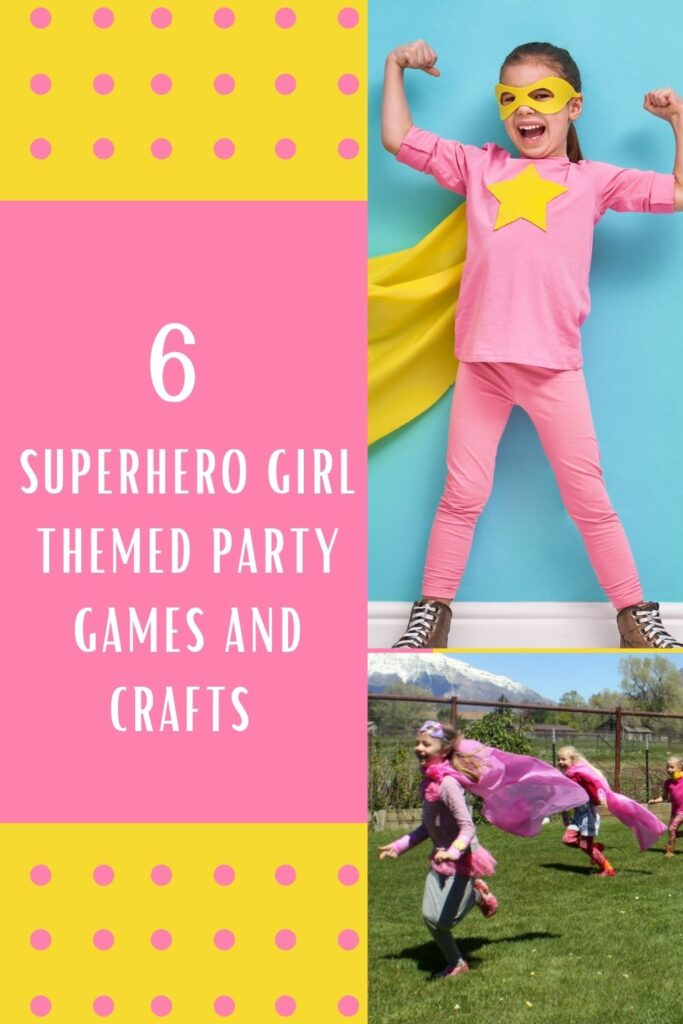 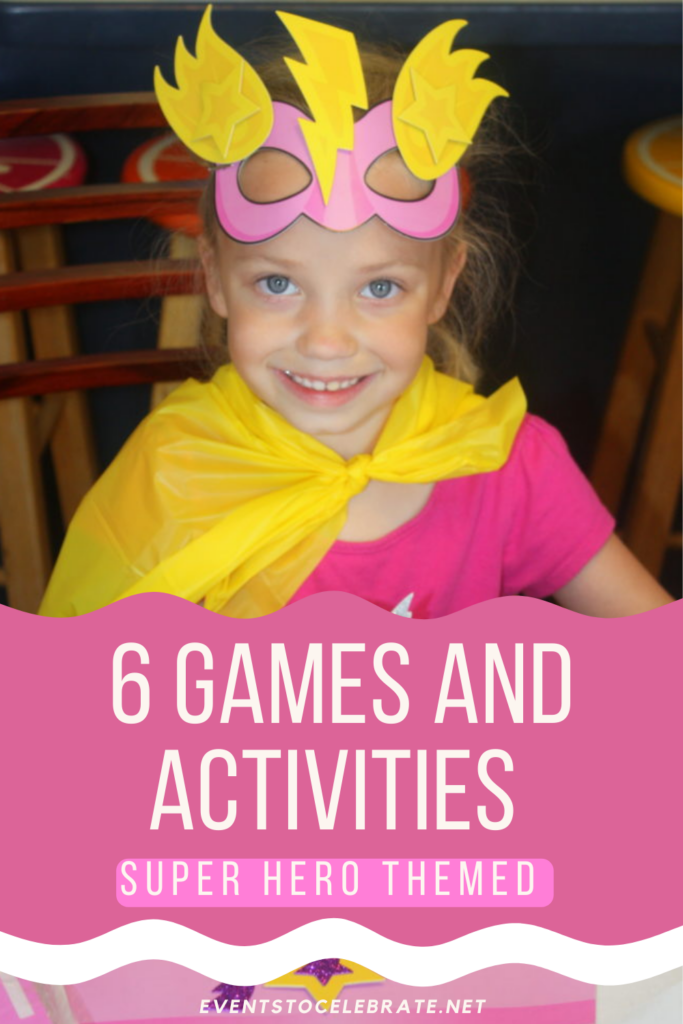 This Superhero Party games and crafts for my nieces party were seriously so much fun!

Did you love the Superhero themed party decorations and food I shared last week from the party? They were really simple, but there was no doubt what theme the party was thanks to them! And, I’m in a stage of life where easy to put together is a good thing!

These crafts came to me complimentary from Oriental Trading – woot, woot! The girls all had a lot of fun customizing them and putting them together. As they arrived they were given a Superhero cape made from a plastic table cover.

This Superhero Masks and Cuffs kit was great! It came with 12 masks, 12 sets of cuffs and TONS of precut shapes both in cardstock paper and glitter adhesive backed foam.

The kids got to decorate the Superhero masks however they wanted. Just a warning, they are kind of stuck together right out of the package. We thought we only had 9 masks but discovered that a few were two masks stuck together.

This Superhero Girl picture frame kit from Oriental Trading came with 12 picture frames individually wrapped with adhesive backed foam stickers for the girls to decorate the frame with.

After they decorated the frame, we took their picture in front of this City Scene Backdrop in a Superhero pose as well as jumping off a mini trampoline onto a pile of pillows. We were hoping it would look like they were flying but thanks to my mediocre photography skills, they were all blurry. I told them it just meant they were flying SUPER fast!

The pictures will go into the frames they decorated.

We had each game test one of their Superhero Skills and they were so cute doing them and cheering each other on!

To test their Super Smart abilities we printed off these FREE Superhero Girl Bingo pages and had them play for fabulous prizes!

We tied yarn all around the perimeter of the play structure to the fence and timed each girl as she raced through, over and under the “laser” maze as quickly as she could.

To test their Super Speed we played Sharks and Minnows.

A mountain of 15 paper cups was set up and each girl was given a can of silly string. They had so much fun shooting down the tower!

Once they finished their turn we sent them outside to spray it at each other. So fun!!