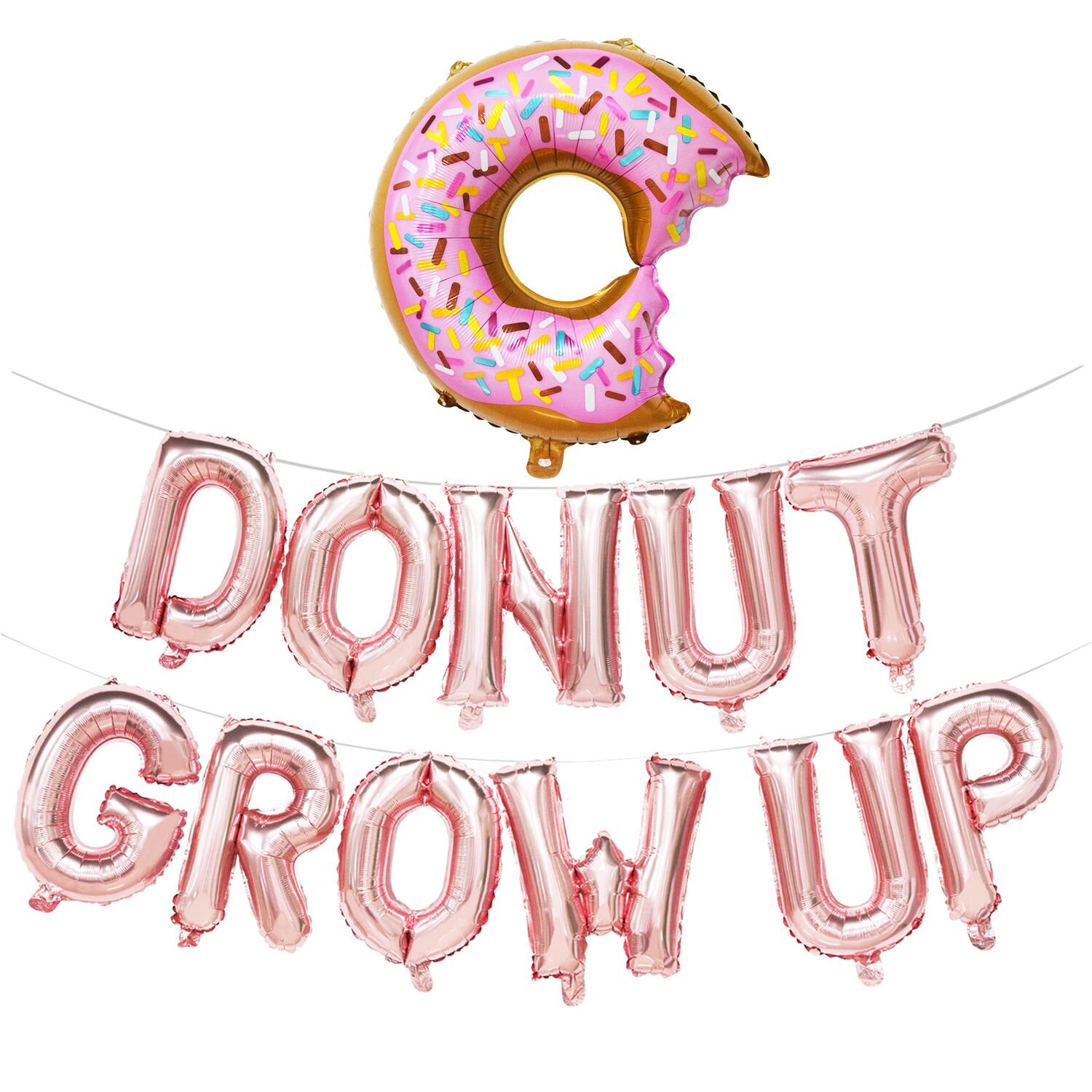 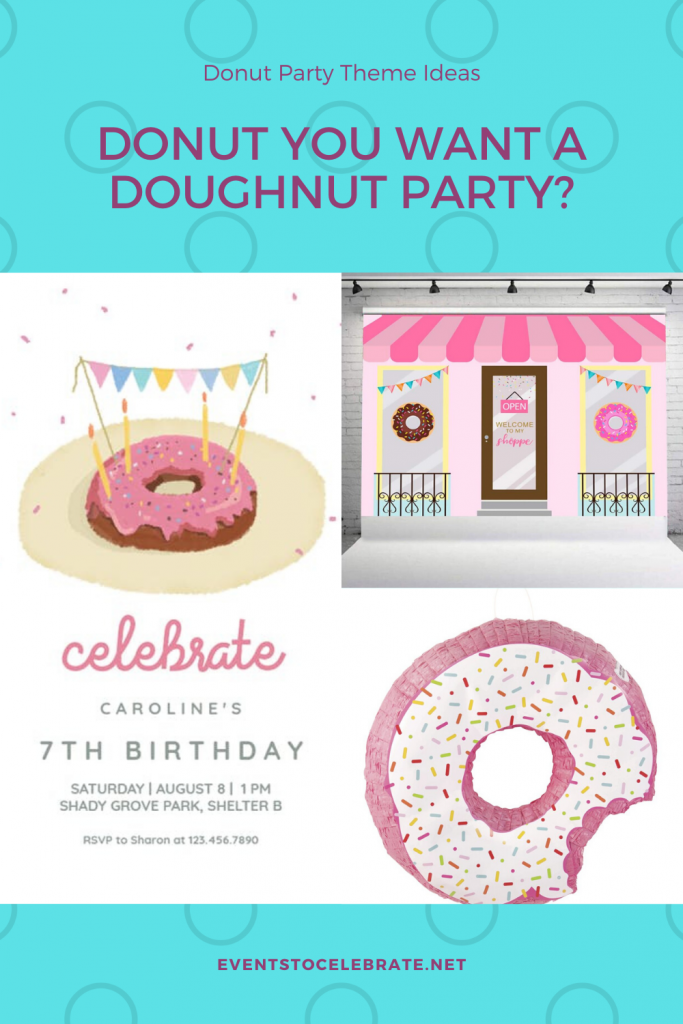 Those yummy round pillows of dough make my heart sing. They would be the perfect party theme. So donut you want a doughnut party?

First things first. Is it spelled doughnut or donut? Doughnut is the original and most common spelling. Yet, donut is also acceptable but much less common. For this post let’s stick with donut.

Finding a donut themed invite is as easy as going to Greetings Island. Your search results will be different depending on if you use the spelling “donut” or “doughnut”. Greetings Island allows you to customize the invite and then save it to print out or send it via text or email. Best part, it’s free.

Nothings more festive for a party than balloons. These “donut grow up” balloons would be perfect for any donut themed birthday. Even better, you can grab them from Amazon with your prime 2 day shipping. Easy peasy.

Every donut needs to come from a bakery/shoppe. Check out this super cute shoppe backdrop. You can use it to set your table of donut treats in front of. Or how about using it as a photo booth background? Whatever you choose you will definitely want this at your donut party.

I have yet to meet a child who does not LOVE a piñata. Make that piñata a donut and it’s going to be love at first sight. Donut piñatas are sold in many stores and online. Try looking at Walmart, Amazon, Hobby Lobby or your nearest party store.

My 7 year old went to a donut themed birthday party recently. She came home with this donut craft. It is SO simple and my daughter was SO in love with the donut she created. We talked multiple times about the number of sprinkles she chose to put on it and she also wrote on the back of her donut. The donut pictured below is done on cardboard but the one my daughter brought home was just made with card stock. Such an easy craft to throw together for a party but SO fun for the party goers to design.

One fun way to display your donuts for your party is with a donut wall. This wall from Target comes in a 2 pack so it can hold 18 donuts. Don’t limit yourself though. If you have skills you want to pull out then you go right ahead and build your own donut wall. It’s an extra fun way to carry on with your donut theme.

There are so many fun donut ideas to celebrate with . Donuts are a bright and happy food. So donut you want a doughnut party?