This enchanting Fairy Princess themed birthday party was thrown by my sister Beth for her daughter Mary.  When asked on her birthday what she wanted, she told her brother that she wanted a real live fairy to come to her house. She is such a cute little lady who really believes in fairies – and I won’t tell her they don’t exist – no way. Mary’s mom, did so many fun activities for this party that I want to share with you.

When the girls arrived there were 4 stations set up with a helper at each station. It was explained to the girls that in order to become a fairy, and earn their fairy wings they had to complete all four stations and then they would get to have a fairy dance and tea party. So, off the 12 little ones went!

Face painting: My sister and I worked at this station, be kind, I’m no artist! I watched this tutorial on You Tube the night before and tried to remember it as I worked on those tiny little faces.

Coloring a Fairy Picture: The children each colored a fairy picture and had it attached to a paper bag that they would later use to collect candy from the pinata!

Beth had her daughters color a number of fairy pictures ahead of time and hung them from the ceiling as decoration. I love when the kids get to be involved, it makes it so much more personal to them. As I arrived they excitedly pointed out the ones that they had colored. It was so cute!

Cupcake decorating: Beth made these beautiful chocolate butterfly wings following this tutorial. Each child got to frost and decorate a cupcake for themselves!

Fairy Wand: No Fairy Princess is complete without a wand! Using bamboo skewers, cardstock butterflies and lots of embellishments including stickers, markers, curling ribbon and fuzzy pom poms – each child made their very own wand.

Once all the children had completed the four stations they were given their Fairy Princess wings and danced around in the backyard to “fairy princess” music (courtesy of Enya). 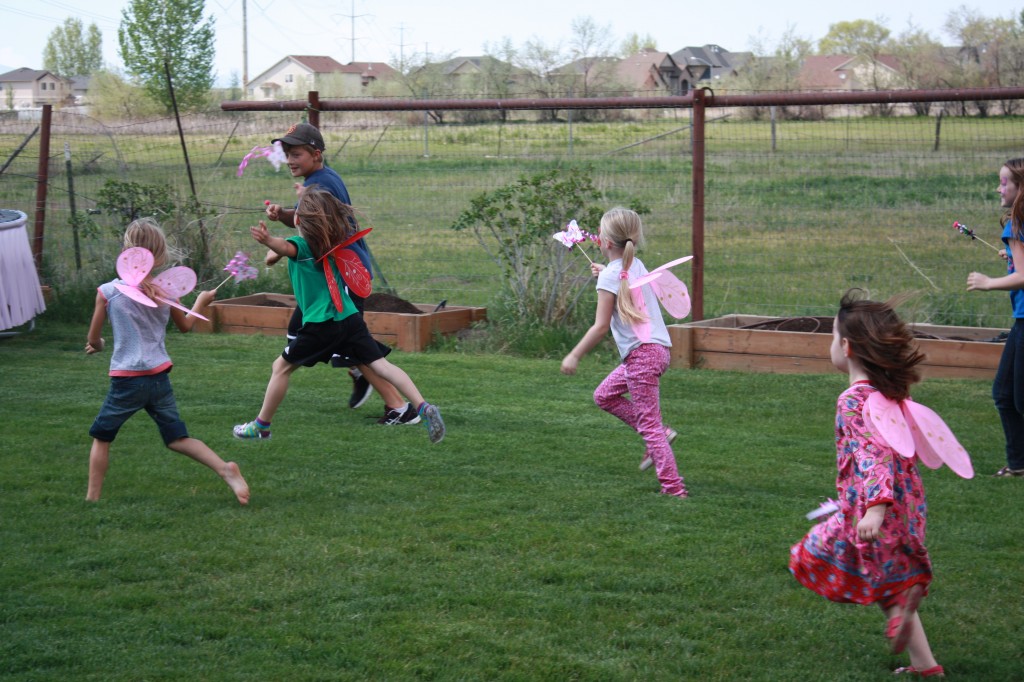 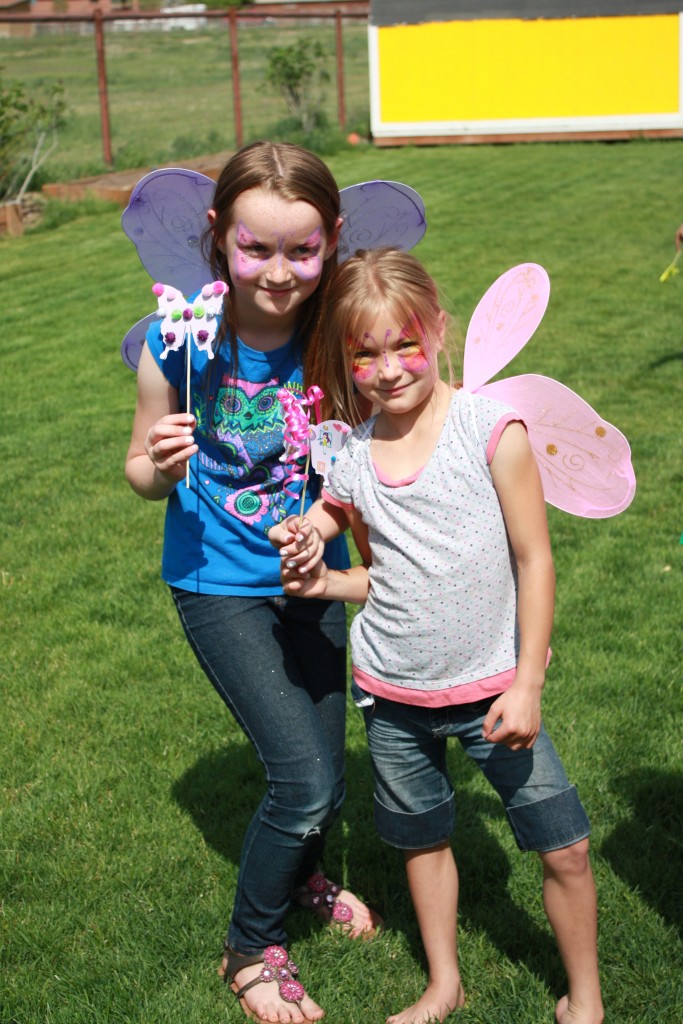 Then it was time for the tea party. Beth created a Fairy Princess oasis by cutting plastic table covers into fringe and securing them all around her trampoline – pretty creative if you as me! Each child was given a plate with their decorated cupcake and some snacks and ate inside the oasis.

Lastly, they broke into a piniata and shared the candy. Below is my niece who got to wear big glittery fairy princess wings (found at TJMaxx).

Do you have a party that you want featured on Events To Celebrate?!

Just email your photos and a description of the party (especially details of any DIY portions) along with a list of where you got items used in the party (so we can borrow your ideas) to [email protected] Let’s party!