There isn’t much space left in my house when I’ve finished putting up my Halloween and Fall decorations, but there was one wall above our TV that needed a good Halloween Garland. I purchased 4 sheets of glittered cardstock at Hobby Lobby for $1 each and used my Silhouette Cameo to cut out the iconic Halloween shapes and it turned out really cute. It took me about 2 hours of interrupted time (by interrupted, I mean my daughter had 2 friends over and they wanted suckers, then they wanted Popsicles, then they wanted to pop popcorn and eat it in a fort made under the kitchen table – they were too cute to say no to).

I began by searching for “Halloween icons” in the Silhouette online store and found a few that I liked. Then once I had them downloaded to my library I sized and arranged them on the page. Once I had it looking like I wanted, I cut (well, I let the machine cut) them out. 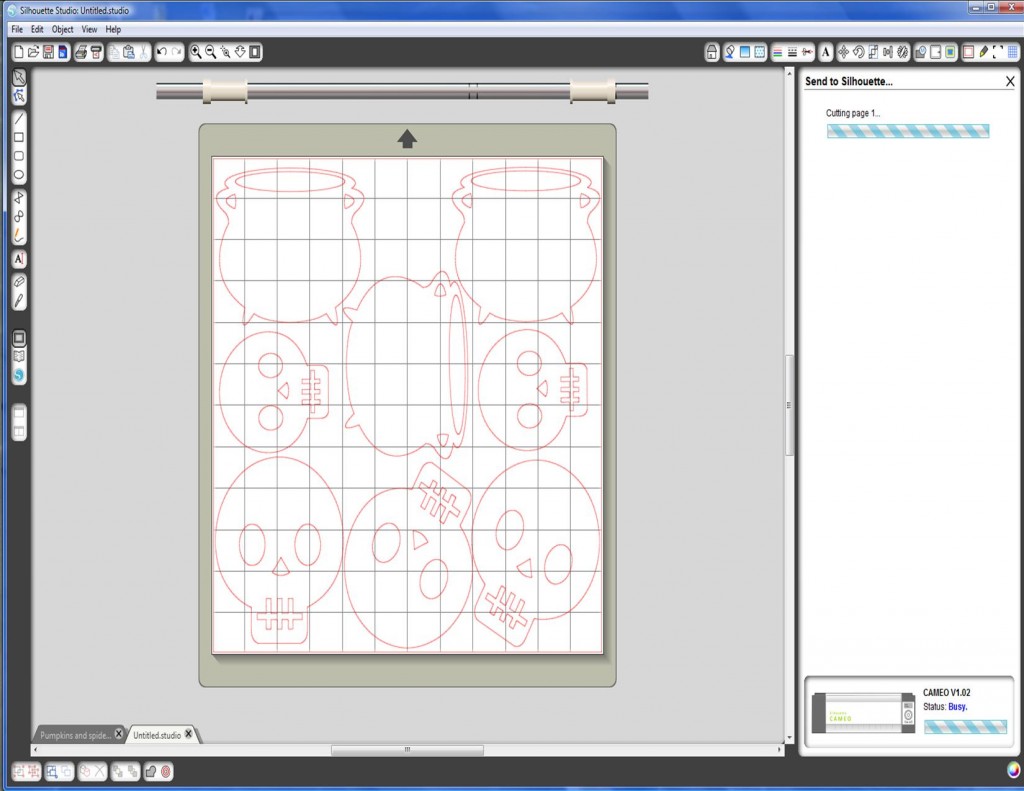 Once cut, I peeled away the excess paper and was left with the cute shapes! 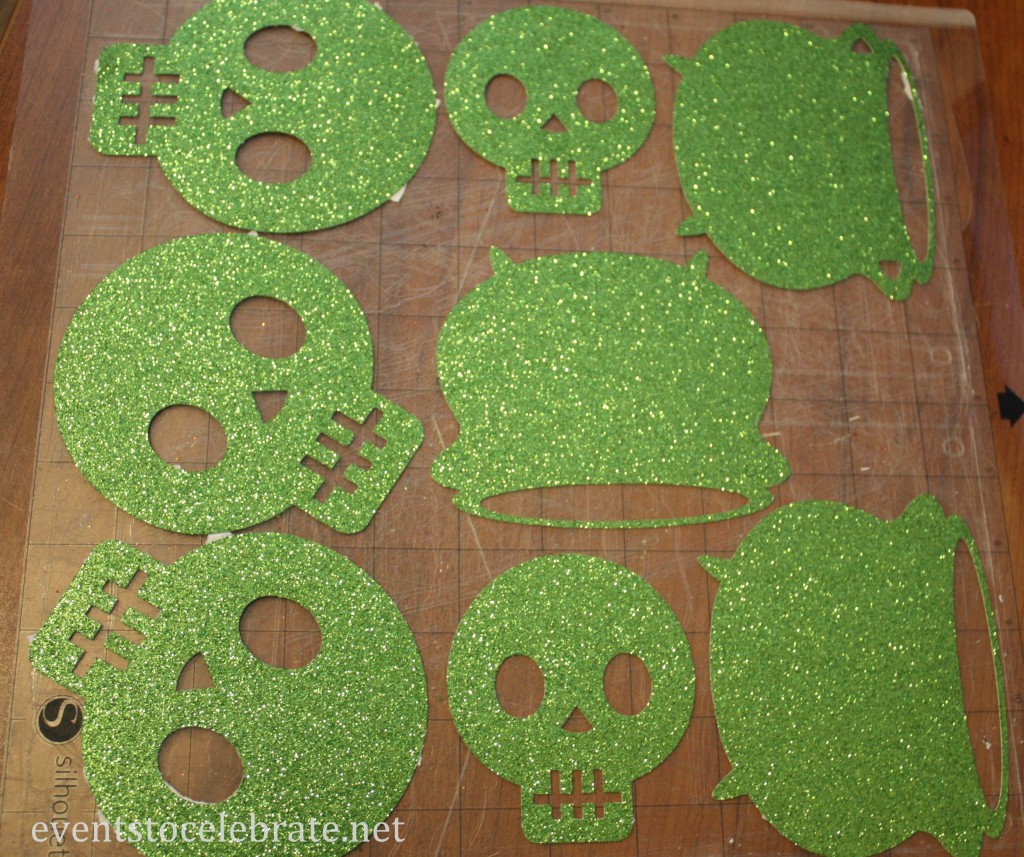 I determined how I wanted the garlands and placed them in the order I wanted on my kitchen table. Then I measured a length of black grossgrain ribbon and used hot glue to attach the cardstock shapes to the ribbon. For a finishing touch, I tied pieces of orange and black tulle in between each shape. 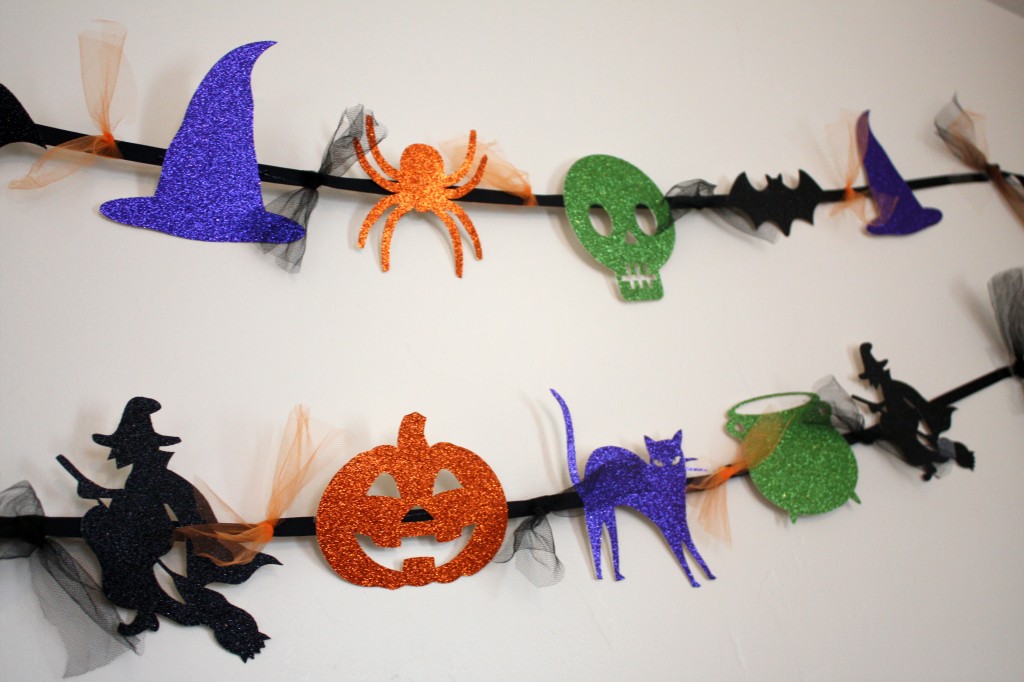 Didn’t it turn out cute?! I love it, but then, I love anything Halloween and the fact that it glitters is a MAJOR bonus! 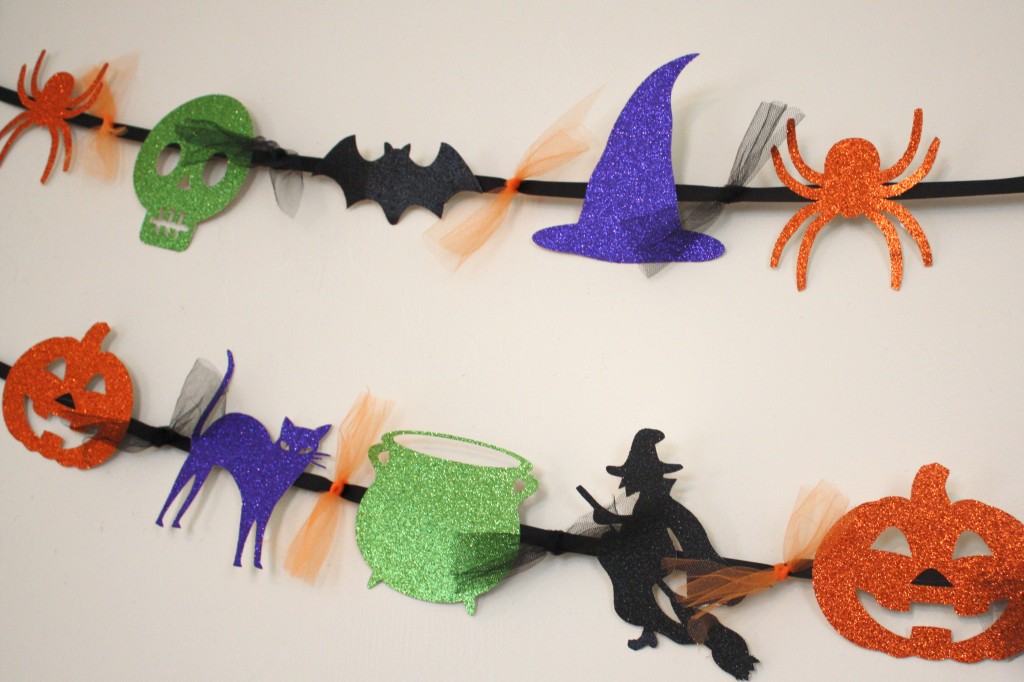 If you don’t own a Silhouette machine, don’t fret. I found this awesome Glitter Chandelier Kit

on Amazon and now I want that too! You could hang it in your foyer as is or turn the cute glittered shapes into a garland just like mine!