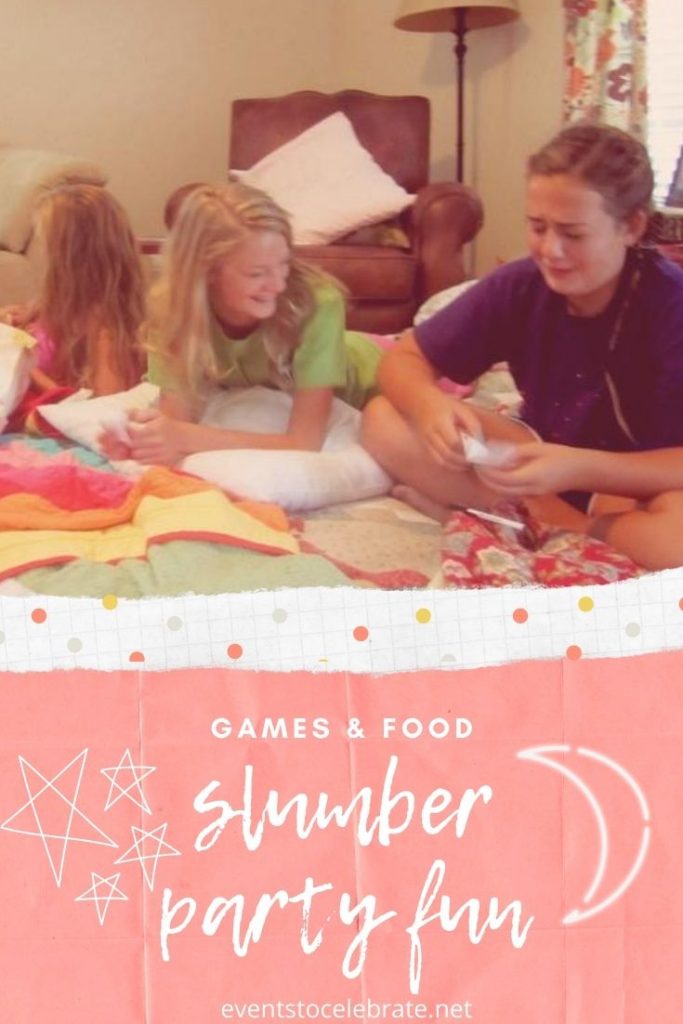 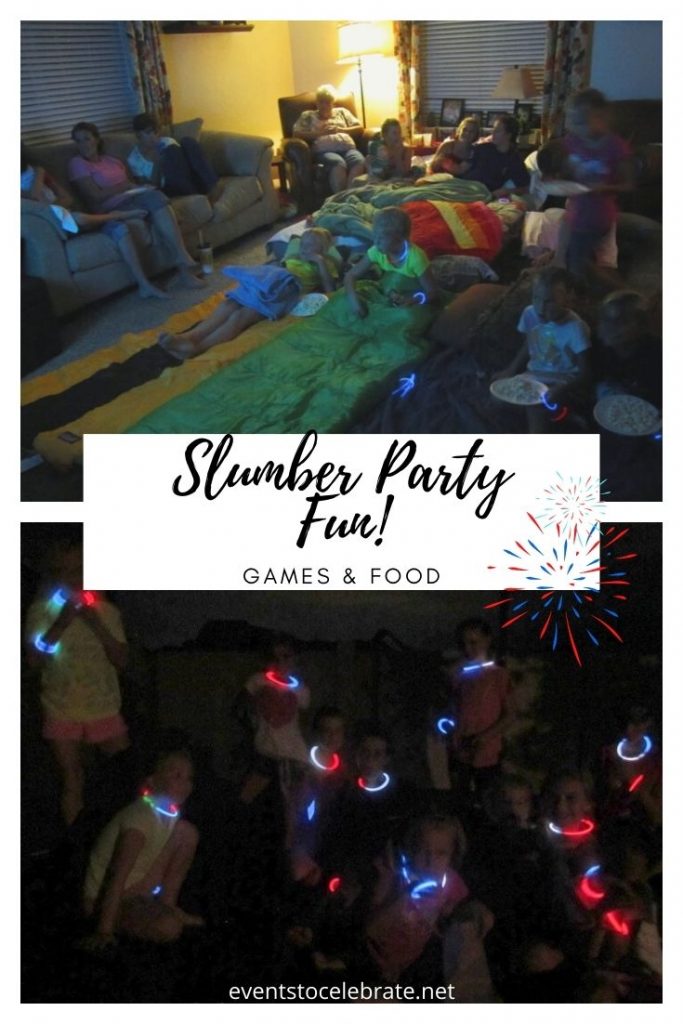 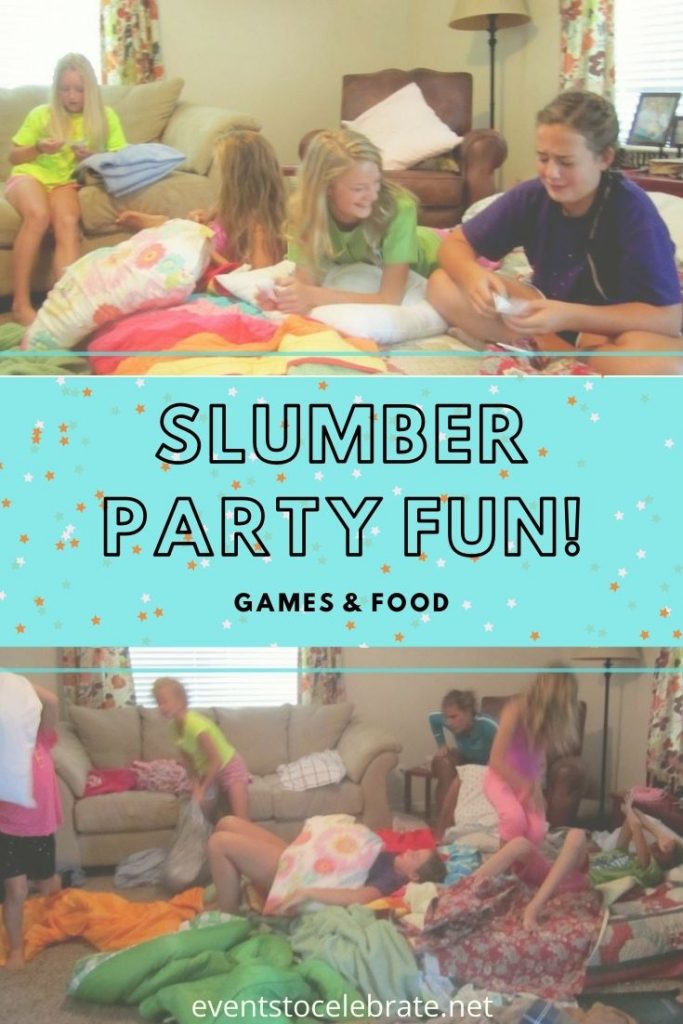 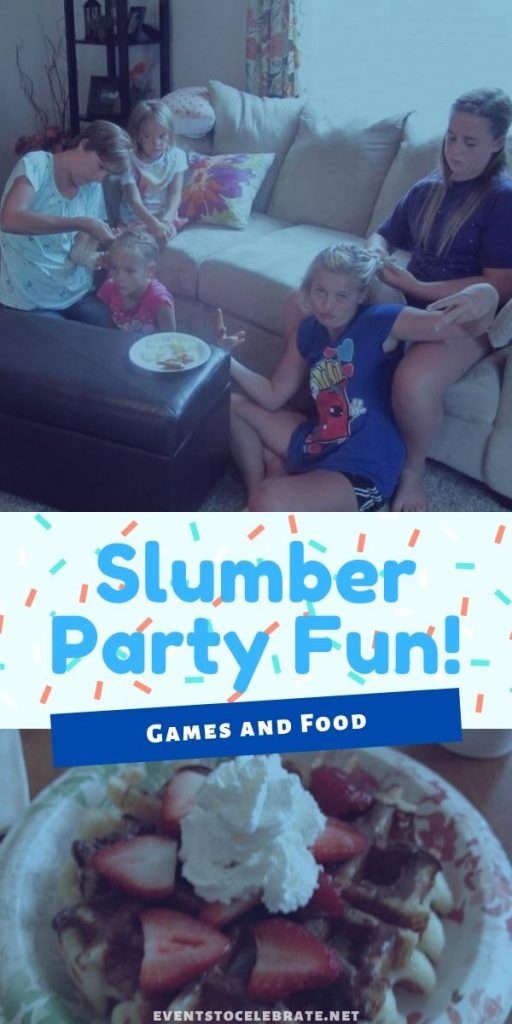 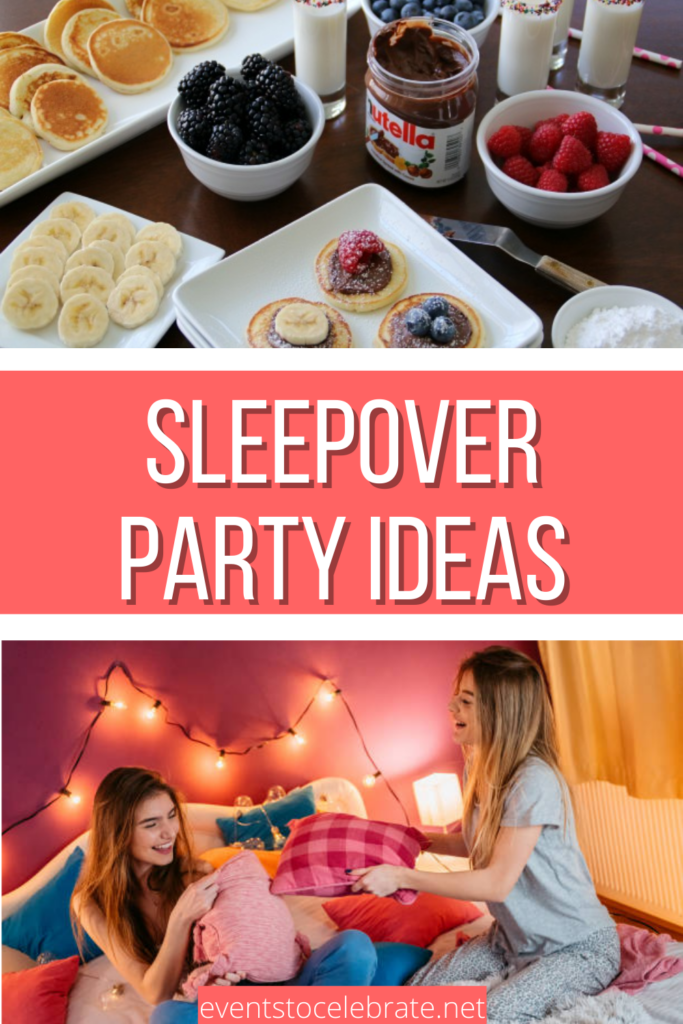 The ultimate idea list for our best Slumber party yet! The games and food to make any slumber party amazing!

We held the 6th Annual Roskelley Girls Sleepover two weekends ago. Summer schedules are super crazy so we actually did it the weekend everyone was back in school because that meant that all of the family vacations were over and everyone was in town. We were able to get 21 there including my mom, sisters, a sister-in-law and lots of nieces!

We had such a blast. This is always one of my favorite days of the entire year. It is a super simple party to put together because I keep it simple.

How I schedule the slumber party

I send out an email to all of my sisters and married nieces at the beginning of the summer to throw out a couple of possible dates.

Then we narrow it down until we’ve landed on one that most people can come to. We have some that live out of state, and several that are now in high school and have jobs so working around all of the schedules is impossible.

What everyone brings to the slumber party

For the party, I provide the pizza, drinks, chips and a few treats.

Each girl/family brings a fun treat to share and we end up eating junk all night long – sounds like a sleepover, right? 🙂

Each girl comes in their pajamas and brings a pillow and sleeping bag. That way there aren’t 8 random socks, a pair of pants and two jackets left behind when they leave.

This year I had one sister bring all of her nail polish and another provide the movie just to help spread the activity love.

When you have a variety of young kids, you’ve got to set some ground rules. These are ours:

Now, let’s get to the F-U-N we had! The slumber party games and activities

As is tradition, after we ate we

Minute to Win it Games

We then split into teams and played 10 rounds of Minute to Win it games. What a blast!

*We also did the one where you put 4 ping pong balls in an empty tissue box, belt it around your waist and wiggle to get them all out – but I didn’t get a photo of it.

Then it was on to the DANCE CHOREOGRAPHY. We split the girls into two groups and they had to draw 6 dance moves out of a bag – then use those to choreograph a dance. They had 25 minutes to put their act together and then they performed for us.

This is always my favorite part! they are hilarious! Here is the list of dance moves I use: Dance Moves

(Sorry for the dark photos, it was about 9:00 pm by the time we got to the performance)

Then the girls piled onto my trampoline for some GLOW IN THE DARK TRUTH OR DARE! It can be a little tricky to find glow sticks unless it is Summer so if you’re planning a party – get these on Amazon for only about $.08 per glow stick.

To help out, I brainstormed a bunch of dares and had them cut up in a bag they could use if they got stumped. Here is the list of dares for you to print:

Then we made our beds and settled in for A MOVIE – Wreck It Ralph and once that was over we headed off to sleep.

For BREAKFAST I made waffles with Nutella, sliced Strawberries and Whipped Cream. They were delicious!

Then, what is a sleepover without a PILLOW FIGHT and a little steam roller to get the last few girls out of bed?

Our last activity was to play MAD LIBS. Each person is given a small slip of paper and they write a question on it and fold it in half. Then they pass it to the right and write the answer of the question they wrote on the new piece of folded paper. Then all of them are tossed into the center and we take turns reading the crazy combos.

It was such a fun time to spend with the incredible women in my family. My sisters impress me so much with their examples of motherhood and womanhood and my love for my sweet nieces knows no bounds. I think they all had fun, since they were all begging that we start doing it TWICE a year! I told them I would think about it after I cleaned my house and had a nap. 🙂

For last year’s slumber party activities, check out this post next!