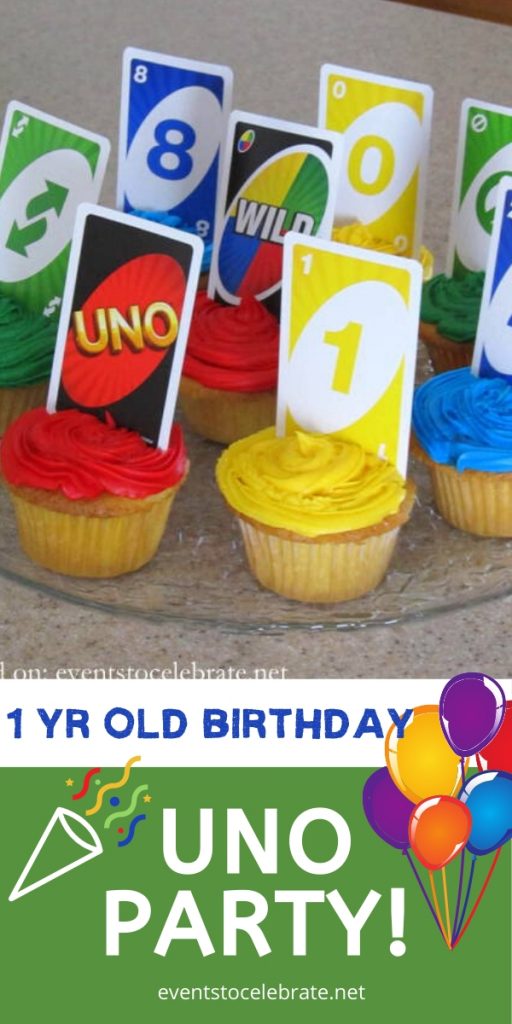 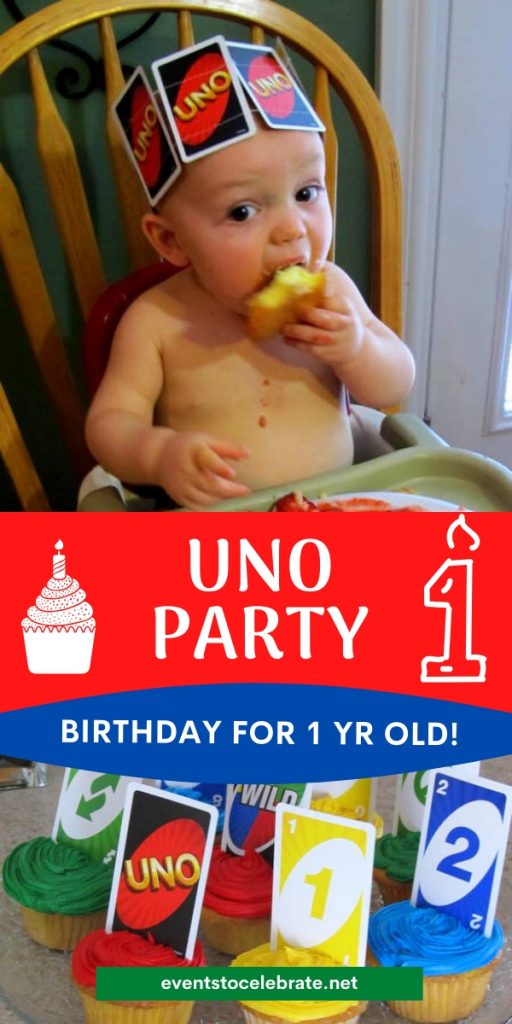 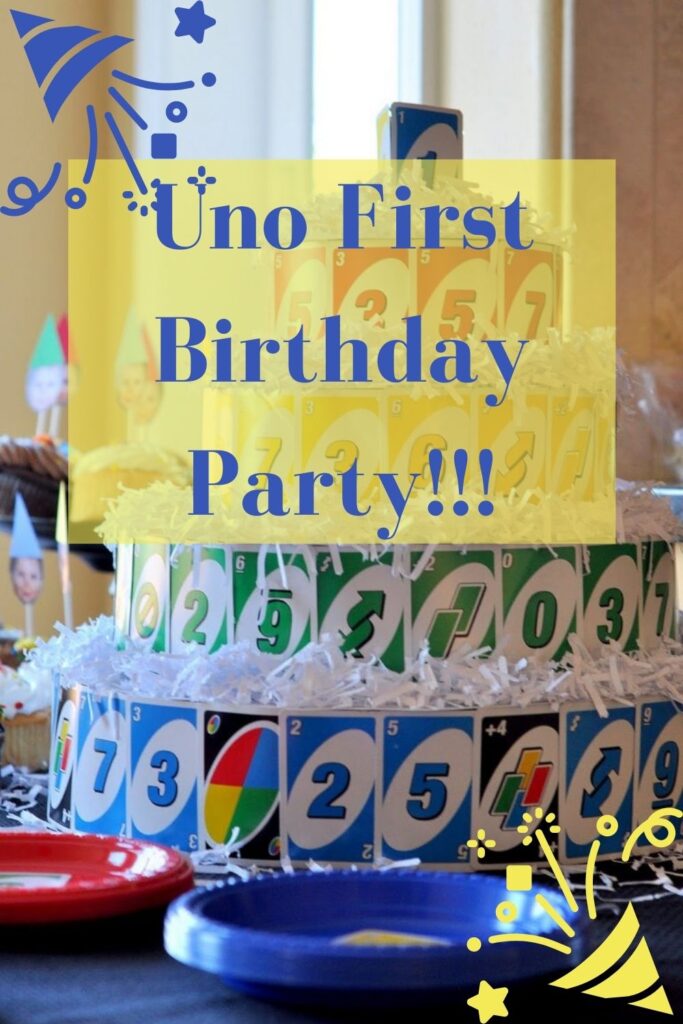 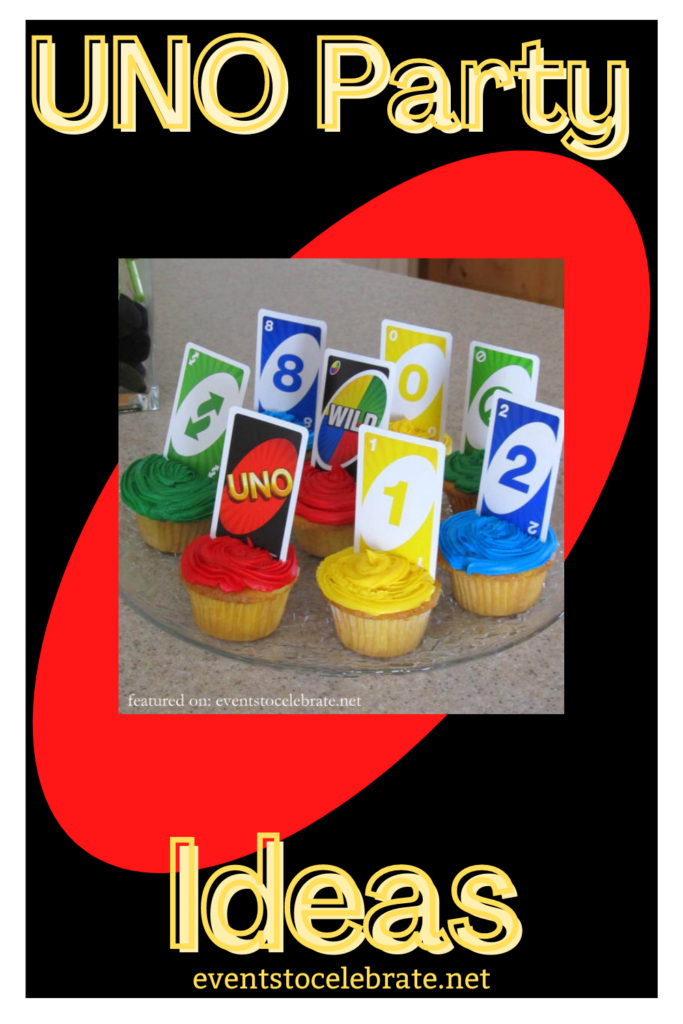 This is a creative theme for your child’s first birthday using the game UNO!

My creative friend Ember did an adorable UNO themed birthday party for her adorable one year old son. I’ve never seen this before and thought the idea was GENIUS!

This Uno birthday party banner is super simple to make, but completely adorable! She just used a sewing machine to sew the cards together – see, I told you it was easy to make!

The vibrant colors of frosting on these homemade cupcakes were perfectly complimented by the UNO playing cards in each one.

It doesn’t get any cuter than a sweet little one diving into a birthday dessert! With his specific allergies, he still got to enjoy a sweet treat on his big day! He looks like KING OF THE DAY with the Uno crown she made by sewing more Uno cards together into a ring.

If you’ve got a first birthday to celebrate in your family, these are simple, inexpensive but will elevate the birthday from just generic cake and ice cream to something everyone will remember!

Other fun ideas from around the web, to incorporate the UNO theme:

Another UNO birthday banner, but printed with letters to spell Happy Birthday

And, although I think this is an actual cake, it’s pretty epic! You could build something like this for a centerpiece!